In line with the policy of the National Gem & Jewellery Authority (NGJA) of Sri Lanka in helping to develop and modernize the gem and jewelry industry of the country, by introducing the latest cutting-edge and time-saving technology in the manufacture of jewelry, adopted by jewelry manufactures in the more advanced countries of the west, a presentation was organized by the Authority on February 8, 2011, on the timely topic, “Usage of Rapid Designing and Rapid Prototyping Technology in the Jewellery Industry.” The resource persons who conducted the presentation were Prof. J.A.K.S. Jayasinghe, Prof of Electronics & Communication, University of Moratuwa,  Engineer B.S. Samarasiri, Director, Engineering Design Center, University of Moratuwa, and Miss Vajira Peiris, Lecturer, University of Moratuwa. The presentation was well attended and appreciated by an enthusiastic audience who were present on the occasion.

A section of the enthusiastic crowd at the presentation held on February 8, 2011

Computer-Aided Design (CAD) and Rapid Prototyping (RP) technologies are playing an increasingly important role in many industries including the jewelry manufacturing industry. There are three basic methods of making jewelry – 1) hand fabrication 2) casting, either whole or in components 3) machine production by die stamping and jig assembly manufacture. Hand fabrication and casting are the two methods adopted by Sri Lankan craftsmen in jewelry manufacture from time immemorial, and still remains the most popular methods of jewelry manufacture in the country. Both methods are time-consuming, but still remain popular, as they yield a product satisfying the requirements of both the seller and the consumer. Once a piece is completed by one of the two methods, it goes through the process of finishing, by smoothing and polishing and if required gemstone setting, before reaching the display shelf of jewelry store.

Casting by a method known as “lost wax casting” or “investment casting” is the most popular method of jewelry manufacture in Sri Lanka, as it lends itself easily to mass production, with the advantage of much lower capital costs. When making complicated and intricate designs, it may be necessary to produce several cast components, which are then soldered together to give the final product. Even the solder used is an alloy of gold, silver or platinum, and must conform to assay requirements. Casting is one of the earliest metal techniques evolved by mankind, with a history of over 4,000 years, and believed to have been first developed by the Mesopotamians. Casting is still the most popular method of jewelry manufacture in many parts of the world. Computer aided designing (CAD), Rapid prototyping (RP) and Computer aided manufacturing (CAM), have now been successfully incorporated into this age-old technique to mass produce a model-piece of jewelry. 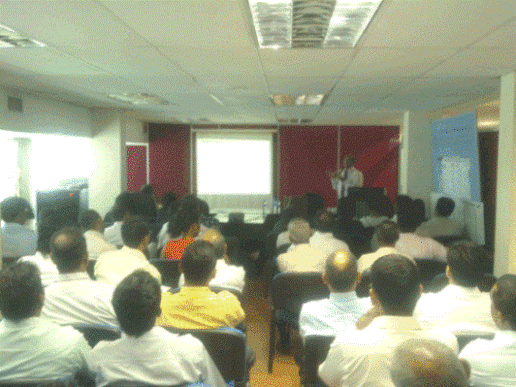 The steps involved in investment casting are, designing; making of primary model in hard alloy, like nickel-silver or just silver; making of rubber mold from primary model; making of many copies of the primary model in wax, using the rubber mold; arranging the wax models in a metal cylinder (flask)  around a central feeder (sprue), in a casting machine, like  a tree; pouring of thick liquid of investment plaster mixed with water into the flask, covering the wax models in the tree, followed by removal of air bubbles and cooling. The investment plaster sets to form stiff and hard molds; heating of the inverted flask in a kiln or furnace, that melts down the wax (lost wax process), leaving behind the investment plaster molds; pouring of molten gold or its alloy into the investment plaster molds in the flask, which is then allowed to cool and solidify. When cooling is complete, the flask is immersed in cold water, that breaks off the investment mold, leaving the casts in the tree; the castings are cut off and smoothened and polished into jewelry pieces.

Computer aided designing (CAD) and rapid prototyping (RP) are incorporated into the time-consuming steps of designing and model making. These techniques allow designers to simplify the iterative design or to easily change or adjust details of sketches, to facilitate sketching of jewelry products in any sizes, and to shorten the time required to make models. CAD software used for jewelry designing are Unigraphics, ArtCAM and JewelCAD. Rapid prototyping involve fabrication of models layer by layer, called layer manufacturing (LM), and is done in a machine, called the Stereo Lithographic Apparatus (SAL).  The RP prototype is used to make silicone rubber molds, from which many copies of wax models are produced, arranged as tree around central feeder in a casting machine, followed by pouring of investment plaster to produce plaster molds, used in casting the designed jewelry. The use of CAD and RP technologies shorten the production time and enable production of high-quality pieces as good as and indistinguishable from traditionally hand-made pieces.