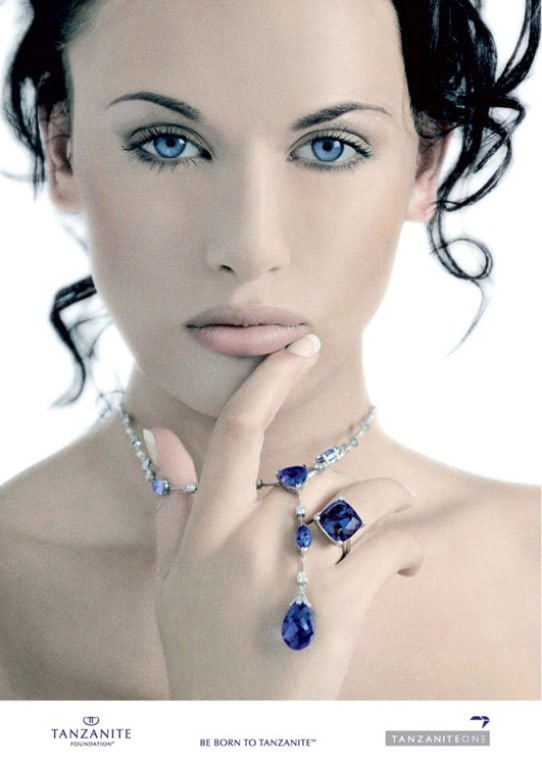 A press release photo from the TanzaniteOne Mining Group. A model wearing a tanzanite necklace pendant and ring

TanzaniteOne, a gemstone mining group has announced that it is expecting to make profits after the improvement in the market for tanzanite gemstones in 2009.

Sales were down in early 2009 due to the global financial crisis. The company sold US$ 26.9 million in 2008. The total sale of gemstones for the year 2009 was US$ 12.2 million. The sales for the  last quarter of 2009 was US$4.5 million, reflecting an improvement in the gemstone market. The company mined 1.91 million carats in 2009, which was higher than the initial target of 1.7 million carats.

A press release photo from the TanzaniteOne Mining Group. A model wearing tanzanite gemstones of various cuts such as oval and cushion cut

TanzaniteOne has signed a memorandum of understanding with Hohoemi Brains Inc, a Tokyo based company to establish a common cutting and marketing strategy for tanzanites. The Cutting Edge division of the company is expected to focus on precision cutting and visual optimization for lighter coloured and lower quality tanzanites, like TanzaniteOne’s SI and I grade gemstones.

A press release photo from the TanzaniteOne Mining Group. A model wearing tanzanite gemstone rings of various cuts such as oval and cushion cut

The Executive Director of TanzaniteOne, Mr Bernard Oliver said “2009 was a year of recovery, following the depressed global gemstone prices of 2008, in which we made excellent progress moving back towards profitability. This year we shall develop initiatives for cutting and sales in order to maximise value from our optimized coloured gemstones operations in Tanzania.”

TanzaniteOne sells its gemstones via sightholders, the first of its kind in the coloured gemstone industry. Diamonds are usually sold by sights.These ‘Sightholders’ are selected from the world’s leading gemstone houses and jewellery manufacturers.

The initially approved eight Sightholders are ;

The next sight sale is expected to take place in March 2010.

A model wearing a heart shaped cut natural tanzanite gemstone set in a ring and a similar gemstone set in the earring. A press release photo from the TanzaniteOne Mining Group.