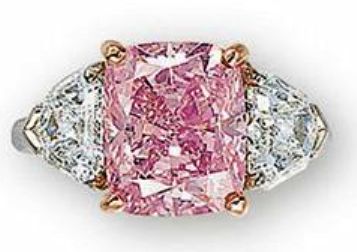 The Christie’s  auction where the sale took place was held on the 1st of December at Hong Kong.

According to Francois Curiel, the per carat price of the pink diamond which was $2.2 million was the highest ever paid for any diamond at an auction.

The pink diamond was set in a ring by the famed jeweler Lawrence Graff, based in London.

The winning bid was won by an anonymous phone bidder.