According to Dean VandenBiesen the founder of Life Gem, his firm is extracting carbon from Michael Jackson’s hair which will be converted into high quality diamonds in a laboratory.

His hair was obtained after the singer burned a small part of his hair while filming a 1984 Pepsi commercial.

Is this similar to one of the many unconfirmed rumours we are hearing about Michael Jackson’s lifestyle? Well this one is true and it is also scientifically possible. Diamonds are made up of carbon atoms just like graphite. So why are diamonds extremely hard while graphite is extremely soft? The mystery is in the type of bonding between the atoms that make up diamonds and the bonding between the atoms which make up graphite. Diamond is pure carbon, with each carbon atom bonding to four others, to form a huge “molecule” containing many millions of millions of atoms. 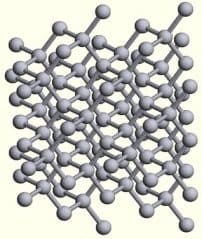 All the four neighbouring carbon atoms in diamonds share an electron while in graphite each carbon shares one electron with two of its neighbours, and 2 electrons with the third neighbour. This makes one C-C bond out of three to be a double bond. The atoms all bond together in planes, and the planes stack on top of each other as shown below. 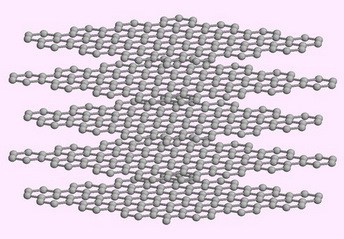 Artificial diamonds do not have any value when compared to natural diamonds but these may be different. The company hopes to manufacture about 10 diamonds, however no price has been set for the diamonds. In 2007 three diamonds were created from carbon atoms from Beethoven’s hair by the same company. One of the three diamonds sold for US$200 000.

The latest gossip on Micheal Jacksons lifestyle is that the singer is said to have fathered Omar Bhatti a son from one of his Norwegian fans. Michael Jackson was said to have had a one night stand with Omar’s mother. Omar Bhatti now in his early 20’s has been closely in touch with Michael Jackson since 1995. He has also been living on and off at Neverland ranch. The romours were intensified on July 16th when Omar was spotted at Jackson’s home with his family.