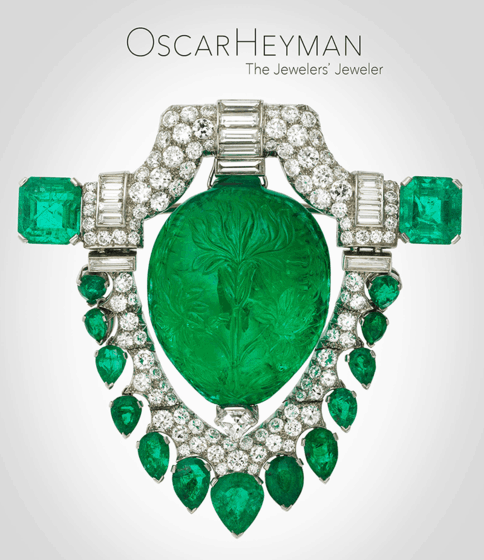 Oscar Heyman is known for creating jewels for some of the most prestigious jewelry brands in world, including Cartier, Tiffany & Co., Harry Winston, Van Cleef & Arpels, Shreve, Crump & Low and Black, Starr & Frost. “Oscar Heyman: The Jewelers’ Jeweler” details the designer’s journey from apprenticeship to one of the most influential American jewelers of the 20th century and contains over sixty photographs of the company’s modern and vintage pieces, as well as full-color draft drawings from the firm’s archives. Forbes Magazine proclaims “This book will bring the American high jeweler out from the background of the industry and to the jewelry loving general public.” Copies available for purchase and signing.