General Rohan Daluwatta Chairman/ CEO of National Gem and Jewellery Authority stated that the NGJA with the assistance of Turkish Consulate in Sri Lanka organized the ‘Sri Lanka Pavilion’ at the 33rd edition of the Istanbul Jewellery Show held from 13 – 16 October 2011 for the first time. According to the organizers record number of exhibitors and visitors at the event propelled the event to unprecedented success with both exhibitors and buyers reporting an increase in confirmed orders during the four day fair.

Boosted by rapid growth in the retail market and in the overall economy in recent years, Istanbul is one of the wealthiest cities in Turkey, one where there is a high demand for luxury goods, fine jewellery in particular. Istanbul as the commercial city of the Turkey has gained a special recognition as a perfect venue for international traders to develop key contacts and promote their products and brands to Turkish Market. The Choice of Istanbul as the venue for the show reflects not only its reputation as a cosmopolitan city and a fashion trendsetter but also its strategic proximity to major population centers. Istanbul therefore has become the gateway for overseas enterprises to enter the vast Turkish Market, while local enterprises can access the international market via Istanbul. Therefore Istanbul as the commercial city of Turkey has a amazing consumption market and trading environment for Gems and Jewellery.

The economy of Turkey is highly developed, with USD 92.170 billion worth of Foreign reserves as at March 2011 and recoded a GDP of USD 1.116 Trillion in 2010 boosting a 8.2% GDP growth in 2010.According to current statistics, Turkey has made the list for the top five countries in the world for Jewellery manufacturing. It has the capacity to produce 400 tons of gold and 200 tons of silver in to Jewellery annually. Many industry observers consider Turkey as a close competitor to Italy today. The precious metals and Jewellery industry is one of the biggest manufacturing sectors in Turkey today. It employs about 250,000 people and is dominated by 50 major companies.

Since its launch, the Istanbul Jewellery Show has established itself as one of the must attend events in the Euro-Asian region. The 2011 edition has set new records in terms of size, number of exhibiting countries and number of exhibitors, affirming the industry’s confidence in the Show as a high-quality trade event in the region. Continuing last year’s success, this year event attracted 300 exhibitors from 24 countries namely Australia, Rusian Federation, Canada, China, France, Hong Kong, India, Israel, Japan, Poland, Thailand, the United States, Lebanon, Belgium, UK, Switzerland, Canada, Lithuania, Spain, Denmark & Sri Lanka featuring their exclusive products.

General Daluwatta further stated that the National Gem and Jewellery Authority as the government institute established by an Act of Parliament to develop, regulate and promote the gem and jewellery industry in Sri Lanka , considers facilitation of Sri Lankan Gem and Jewellery Trading Communityfor participation in international trade fairs throughout the world as one of its main functions. Sri Lankan Exhibitors were succeful in securing orders for fine quality gems, calibrated sapphires and establishing its position as the leading producer of fine quality Blue Sapphires to the World.

General Daluwatta elaborated that the NGJA have identified the market requirements and wish to establish a market for fine quality gems and gem studded jewellery in Turkey.

He added that, in its expanded promotional programme ‘NGJA’ intends to organize ‘Sri Lanka Pavilions’ at leading gem and jewellery events in Hong Kong, Russia Federation,, Turkey, Singapore, Thailand, Malaysia, China and a selected show in the Middle East in the year 2012. 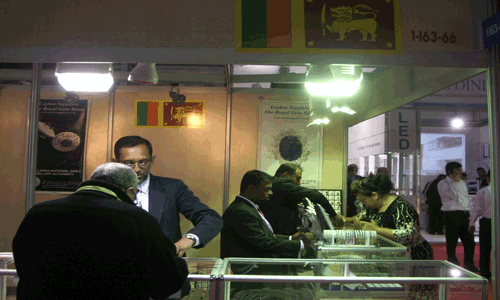 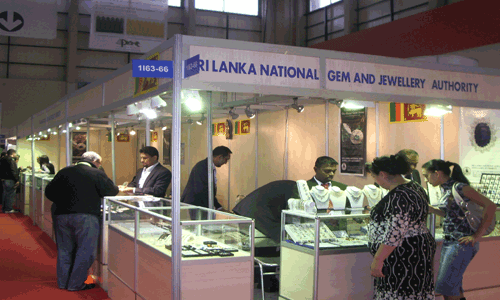 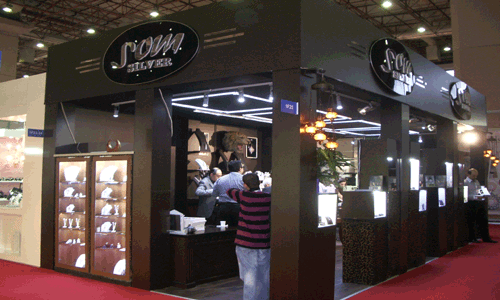