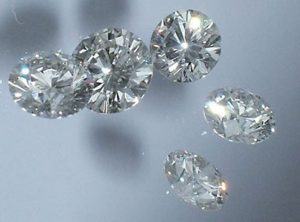 Some synthetic diamonds produced by the HPHT or CVD methods

The Surat Diamond Association (SDA) made the detection on Saturday, when a packet of diamonds was brought to them for testing by two diamond traders – Krunal Borad and Gaurang Kanani -operating from the Mini Bazaar diamond market in Varachha. The diamonds in the parcel were subjected to magnetism tests to detect synthetic polished stones, and 110 pieces of synthetic diamonds with a total weight of 1.28 carats were recovered from it. The average weight of each piece of diamond is 1.1 to 1.2 points and such diamonds fall under the category of melee. Most of the synthetic diamonds fall under this category, and can be easily mixed with natural melee diamonds to avoid detection. 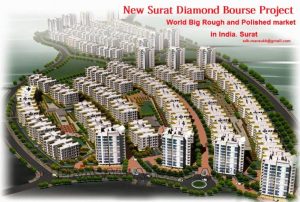 The two diamond traders had told SDA that the packet of diamonds was sold to them by diamond merchant Ramesh Mavani, who in turned purchased it from one Chandu Sheta. It was further revealed, that the diamonds were purchased from Botad in Bhavnagar by Chandu Sheta. This confirms that the synthetic stones were cut and polished in Bhavnagar.

According to Dinesh Navadia, president of SDA, the issue has been taken up by the Natural Diamond Monitoring Committee (NDMC) for thorough investigation, as a matter of grave concern for the diamond trade in Surat. The NDMC is a body set up by the Gem and Jewelry Export Promotion Council (GJEPC) of India, soon after the detection of a huge quantity of synthetic diamonds in Mumbai in 2013.

The detection at Surat appears to have come hard on the heels of an awareness campaign in the form of seminars and meetings, conducted just two weeks ago, to educate diamond manufacturers and traders operating in the diamond markets of Surat, about synthetic diamond detection techniques.