Jewelry Shanghai  2011, the largest annual gem & jewelry  show in China, organized by Neway International  Trade  Fairs Ltd. Hong Kong, on behalf  of the Gem & Jewelry  Trade Association of China,  the National Gem & Jewelry Technology Administrative Center, the Shanghai  Gold Exchange, the Shanghai Diamond Exchange and several other local jewelry organizations, was held in Shanghai, China,  for the third consecutive year, between June 16 – 19, 2011, in Halls E6 and E7 of the Shanghai New International Expo Center (SINEC), situated at Long Yang Road, Shanghai.  The fair, a popular international event for exhibitors from China and overseas to showcase their products, also provides manufacturers and buyers from different sectors of the gem & Jewelry industry, an effective channel to conduct business, to make new contacts and consolidate old contacts, as well as promoting their corporate image. The exquisitely crafted array of magnificent jewelry showcased at the four-day event included glistening gold jewelry, fashionable platinum and silver jewelry,  prestigious pearl, diamond, jade, sapphire, ruby and other colored stone set jewelry, as well as fine unset diamonds and colored stones. Besides this, manufacturing equipment and accessories, gemstone identification instruments, decoration materials, packaging and display materials and related products and services were also on display, making it a highly professional and all inclusive platform for the jewelry industry. Participants and visitors at this prestigious show, represented a cross-section of the people involved in various sectors of the gem and jewelry industry, such as jewelry designers and manufacturers, suppliers and agents, importers and exporters, wholesalers and retailers and other related categories. 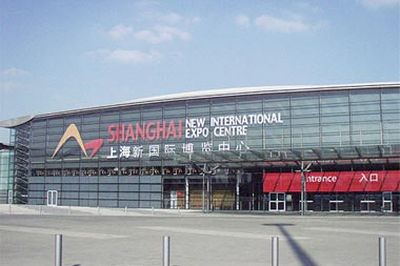 The show this year attracted over 1,100 exhibitors from over 20 countries, which apart from the host nation included leading players in the industry, such as India, Belgium, Israel, Hong Kong, Thailand, Switzerland, Sri Lanka, Taiwan and Korea. The exhibition that was held in two halls, E6 and E7 provided a total floor space of 23,000 sq. meters for exhibitors to display their products. The number of exhibitors this year had almost doubled, in comparison to the 660 exhibitors who participated in the year 2010 – a clear indicator of the success of this year’s event.

With China emerging as the economic giant of Asia, Shanghai has become one of the wealthiest cities in China, with a rapid growth in the retail market and tremendous increase in demand for luxury goods, particularly fine jewelry.  Shanghai has thus become the leading commercial city of China, with an amazing consumption market and a conducive trading environment for gems and jewelry. Thus, Shanghai has emerged as the main gateway for overseas enterprises to enter the vast Chinese market and vice versa for local Chinese enterprises to access the international market. The emergence of Shanghai as an international gateway of trade, has increased the importance of the Jewelry Shanghai Show, as a facilitator of such trade.

The Sri Lanka pavilion at the show was organized by the National Gem & Jewellery Authority (NGJA) in collaboration with the Sri Lanka Gem & Jewellery Association, and the assistance of the Sri Lanka Embassy in Beijing and Sri Lanka Consulate in Shanghai. Twenty eight Sri Lankan gem and jewelry trading companies, dealing in the export of gems, calibrated gems & gem-studded jewelry, showcased their products under the Sri Lanka pavilion. The Sri Lanka pavilion was ceremonially opened on June 16, 2011 by the Minister of Land and Natural Resources of China by lighting the traditional oil lamp. Others present on the occasion were the Exhibition Manager of the Gem & Jewelry Association of China, Sri Lanka Consul at the Consulate in Shanghai and the Commercial Counselor of the Sri Lankan Embassy in Beijing. Highlight of the Sri Lanka pavilion was the special promotional campaign on the Ceylon blue sapphire, the royal gemstone, that adorned the engagement ring given to Kate Middleton by Prince William in November 2010. The splendor of the royal engagement ring – a white gold cluster ring with an 18-carat, oval-shaped, faceted, cornflower-blue sapphire mounted as its centerpiece, surrounded by 16 round brilliant-cut smaller diamonds – was highlighted in the pavilion as huge wall papers.The promotional campaign was successful in securing orders for fine quality gems, calibrated sapphires and fine jewelry, establishing Sri Lanka’s position as a leading supplier of fine quality blue sapphires to the global market.

The Chairman/CEO of the NGJA General Rohan Daluwatte who was satisfied with the performance of the authority at the show, stated that the NGJA considered the facilitation of the participation of Sri Lankan gem & jewelry trading companies in international trade fairs held annually in different parts of the world, as one of its major promotional activities. He also announced that due to the importance of the Chinese market, Sri Lanka would also take part in other international gem & jewelry exhibitions due to come up in China during the second half of year 2011. Obviously, this was a reference to the “China International Gold, Jewelry and Gem Fair” also to be held in Shanghai in December 2011. The Chairman further stated that the national pavilion, which displayed a glittering array of gems and jewelry from Sri Lanka, presented by 28 trading companies, attracted many buyers not only from China but also from other leading consuming countries, and was successful in securing many orders.  The show also enabled the NGJA to identify the market requirements in China, that would eventually help to create a strong platform for Sri Lanka’s fine quality gems and gem-studded jewelry in China.

Enthusiastic visitors at a stall in the Sri Lanka Pavilion

Another view of the same stall. Please note background display of the royal engagement ring on the left.

More visitors at the same stall. Please note a modification of the royal engagement ring with three rows of diamonds surrounding the central blue sapphire in the background.

Another stall of the Sri Lanka Pavilion

Visitors inspecting blue sapphire mounted rings at one of the stalls