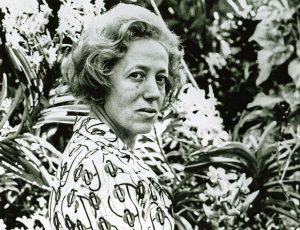 Clara Sujo is best known for her ground-breaking shows of Latin American artists with exhibitions at Estudio Actual, Caracas from 1968 onward and at CDS, the gallery she founded in New York City in 1981, which introduced essential Latin American masters to other North American audiences.

Sujo was committed to an international dialogue free of limiting boundaries. She was among the first to refer to the ‘Art of the Americas’, preferring this over the commonly used term ‘Latin American Art’ since this erased the usual North-South divide, a distinction she felt had for too long marginalized the art of the continent.

A dynamic art collector, Sujo acquired many examples of major works by modern masters from South America, North America and Europe. A principal category of her collection is that of the human form in motion – often in distress – aligning with New Figuration (or Neo Humanism). A second auction (planned in Fall 2018) will reveal other aspects of Clara Sujo’s broad collecting interests and her unique aesthetic sensibility. This will include the tendencies better known as Informalism, Lyrical and Geometric Abstraction, of which Mrs. Sujo was a key proponent through her activities both as a renowned art critic and a museum curator.

Excerpted in part from an essay written by Edward Sullivan, author and professor of modern Latin American & Iberian art history at New York University. The full essay will be included in the printed catalogue.
The catalog for Rago’s May 5 Fine Art Auction goes online April 16. Exhibition begins April 28.