Lucara Diamond Corp, the Canadian diamond exploration and mining company with headquarters in Vancouver, British Columbia, and operating in Southern Africa, with a 100% stake in the Karowe Mine, Botswana, exploiting the AK6 kimberlite project, situated in the Orapa Distict, announced on April 12, 2018 the recovery of a 472-carat, top light brown gem diamond, the third largest diamond ever recovered from Karowe Diamond Mine. The largest diamond recovered from the Karowe Mine on November 18, 2015 was the 1,111-carat Lesedi La Rona, the world’s second largest gem-quality rough diamond ever discovered after the 3,106-carat Cullinan Diamond recovered in 1905. A day later, two more diamonds weighing 813 and 374 carat, were also found. The 813-carat Constellation diamond was sold in May 2016 for US$63.1 million. Lesedi La Rona was sold in September 2017 for US$53 million to the British jeweler, Graff Diamonds. The high value south lobe of the AK6 pipe has been consistently delivering large high quality diamonds and the 472-carat light brown diamond was also recovered from this area. 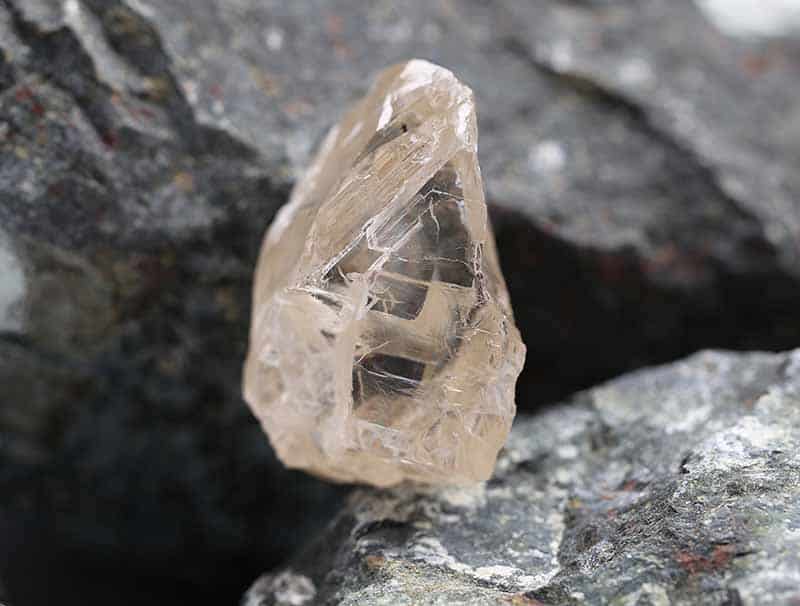 Commenting on the latest recovery, CEO, of Lucara Diamond Corp, Eira Thomas states, “In 2018, mining at Karowe is focused in the high value south lobe, which consistently delivers large, high quality diamonds in excess of 10.8 carats in size.  The 472 carat is the third largest diamond ever recovered from the mine and will be sold alongside other exceptional stones recovered since the beginning of the year as part of the first exceptional stone tender (EST) later in 2018.”

The Company has reported the recovery of 218 special diamonds greater than 10.8 carats in weight in Q1 of the year 2018, which is the 3rd highest quarterly count on record. This includes 4 diamonds greater than 100 carats in weight and at least 8 EST quality diamonds. The Company’s first regular stone tender (RST) was completed in March and will be reported as part of the Q1 results on May 8, 2018.

According to the press release Lucara Diamond Corp. is continuing to focus on efforts to maximize value at Karowe. In this connection a pre-feasibility study assessing the potential for going underground and extending mine-life from 2026 to 2036 is taking place now and progressing on schedule for completion towards the end of the year.

The release further stated that in February 2018, Lucara also announced the acquisition of Clara, a secure, digital, rough diamond sales platform that combines proprietary analytics with existing cloud and blockchain technologies to modernize the current diamond supply chain.  Commercialization work has since commenced, under a budget of approximately US$2 million, and is tracking on schedule for implementation using diamonds from Karowe, beginning in August 2018.