Lucara Diamond Corporation, the Canada-based diamond mining company, the sole owner and operator of the state-of-the-art Karowe Mine in Botswana, commissioned in June 2012, has announced a landmark achievement of the company, exceeding US$1.0 billion in accumulated sales, since the commencement of production, following the close of the fourth Regular Tender for 2016. 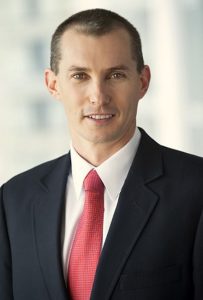 The 2016, 4th Quarter revenue totaled US$66.1 million, inclusive of the second Exceptional Stone Tender held in November which brought in US$38.7 million. The average per-carat price for this quarter works out to US$743.
Total revenue for the year 2016, inclusive of the sale of the 813-carat Constellation rough diamond for US$63 million, to the Dubai-based Nemesis International in May, 2016, is estimated to be US$295 million, at an average US$823 per carat. If the price realized by the Constellation Diamond is excluded total revenue for the year drops to US$232 million at an average of US$649 per carat.
During the year the Company sold 14 exceptional rough diamonds at over US$2 million per rough stone. This included 4 rough diamonds sold for over US$10 million per diamond. In addition the Company also sold 20 exceptional rough diamonds for between US$1-2 million per rough diamond.
The total yield to date of the Karowe Diamond Mine since the start of production in June 2012, is 1.8 million carats, generating a revenue of US$1.02 billion, which works out to a per-carat price of US$566.
The Company also announced that during the month of November, the Karowe Mine surpassed the 5,000,000 Lost Time Injury Free hour mark, an indication of the safety record of the mine.
Commenting on the Company’s landmark achievement, President and Chief Executive Officer, William Lamb said, “Achieving sales of $1 billion is a significant milestone for the Company and is a recognition of our strong client base and the quality of diamonds recovered from the Karowe mine. Such a milestone could only have been achieved with the dedication of our employees, who have demonstrated a great commitment to working safely on site as exemplified by the Karowe mine surpassing 5,000,000 Lost Time Injury Free hours. We are pleased that our final sale of the year has shown strong demand for our larger higher quality diamonds and also a sustainable demand for the smaller size diamonds. We look forward to continued success in 2017 with the advancement of our exploration and deep drilling programs and the completion of our capital programs to enhance diamond recovery from the high value south lobe.”
Lucara’s revenue for the year 2017, is predicted to be in the range of US$200 – 220 million, the same figure predicted for year 2016, excluding the possible sale of the 1,109-carat Lesedi La Rona diamond, the second largest rough diamond ever to be discovered. In terms of total number of carats sold for next year, the figure is predicted to be around 290,000 to 310,000 carats, the same quantity projected for year 2016. For the year 2017, Lucara’s focus will be on advancing the push back in the pit at the Karowe mine, which is forecast to be completed by the end of year 2018, giving full access to the high-value south lobe ore.