“Due to the efforts of National Gem and Jewelry Authority , Sri Lanka has now become one of the rapidly growing gem and jewellery trade centers in the world, we really appreciate all the hard work” 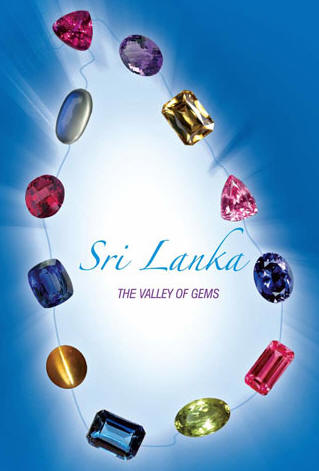 Discovery of the largest “Musgravite”

A leading Gem Exporting Company in Sri Lanka has brought to the notice of the National Gem and Jewellery Authority (NGJA)that the largest Musgravite examined at the Gubelin lab to date is in their possession.

The Gemstone Report No. 0707330 dated 6th September 2007 issued by Gubelin Lab in Lucerne, Switzerland and special comments made by them are given below.Any interested party may e-mail’NGJA’ for further details at [email protected] 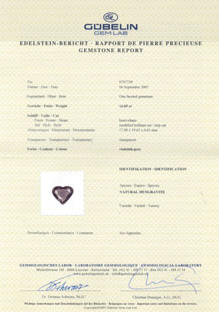 Over the past years ,the rare gem mineral musgravite has grown in popularity both in the trade and within the gemmological community Musgravite is an extremely rare member of the taaffeite family that was discovered in 1967 in the Musgravite Range of South Australia.

As a beryllium- magnesium- aluminium Oxide , musgravite {(Mg,Fe,Zn)2Al6BeO12} is chemically and structurally related to taaffeite {BeMg3Al8O16} However the tow mineral because of their overlapping gemmological properties has frequently been misidentified in the past .Advanced analytical techniques such as X-ray diffraction or quantitative chemical analysis with electron microprobe were in the past necessary for a distinction of the tow minerals.More recently micro Raman spectroscopy has also been found to be a useful non destructive technique for the identification of both species.

The 16.05carat Musgravite described in the above mentioned Gemstone report was analyzed using a combination of analytical techniques,including advanced chemical analysis and micro-Raman spectroscopy .The results of these analysis unambiguously show that the gemstone is indeed a Musgravite ,and not a Taaffeite.

Musgravite is a very rare mineral in nature and most of those reported in the literature are of relatively small size and hardly reach a few carats.

For this reason the 16.05 carat is an even more extraordinary gemstone,its large size make it not only the largest musgravite examined in the Gubelin lab to date but it also appears to be much larger faceted gemstone of this species which has been described so far in the gemmological literature.

‘Nawarathna Ring’ has been worn for the Astrological purpose .It was believed the nine gemstones of the ring associated with the influence of the nine heavenly bodies/planets.

Jewellery,the answer to the need of personal adornment,has been originated thousands of years ago in the very ancient world.Archaeological researches have proved that the very primitive man also considered about jewellery while battling against the nature for survival.It was evident :Jewellery was also being a part of the survival of human existence considering supernatural forces.

The stars and the shiny objects appeared in the night sky were able to give a mysteriousness to the primitive man .Later he must have began to recognize the patterns of the stars and it led to the origin of Astronomy.Afterwords they found the theories of astrology and have got to believe the relationship between life and the celestial bodies.The Astrology that evolved in the east is known as the ‘Vedic Astrology'[The ancient science of ‘Jyotish’].

Worshipping of the objects such as the sun,the moon and the planets were influenced to the jewellery designs .Also the Indian concept between the gems and the celestial bodies has been a major role in jewellery.It has been believed that ,there is a close relationship between the Blue Sapphire and Saturn.Another belief is the relationship between Jupitor and Topaz.Through these Astrological concepts ,the Ancient Indian Astrologers came to a conclusion:If an individual gem has got such a power ,the combination of them would affect unbelievably to the wearer .Thus they identified a set of nine gems for the seven planets and the ascending and descending nodes of the moon.This was based to the concept of ‘Nawarathna'(Nine Gems)that became a powerful setting .Evidences can be gathered about the practices of this kind of jewellery from the Sri Lankan history,the lines one to five of the ‘Galpotha’ slab describing about the showers of ‘Nawarathna’the period of King ‘Nissaka Malla’.Polonnaruwa.

As mentioned above the concept is Indian origin.It can be identified :the base for the ‘Nawarathna’ ring is the ‘Jewel Set’.

A particular group of gemstone set as a horoscopic square is identified as the ‘Jewel Set’.Each of the stones represent a heavenly body/planet,such as

Ruby(Manikkam),symbol of the Sun occupies the center,

Venus -the diamond (Vajra)in the East,

Saturn- A deep blue sapphire (Nila) in the west,

Mercury- The emerald (Marakata) in the North West,

Waning Moon – A cats eye (Vaiduryam) in the North,

Jupiter- A topaz (Pusparagam) in the North East.

It is said that there are certain rituals combined with the ‘Nawarathna’ ring.

There is a ‘Mantra’ to be chanted, while setting of the stone.For each of the planet,this should be chanted a hundred and eight times. Before that the chanter should follow certain practices : he should observed higher percept .The Nawarathna ring should be kept on a ‘Mal bulath Thattuwa'(a ritualistic stand), and linked with a three core string and the string should be taken to the right hand.After the chanting the ring should be adorned to the ring finger of the right hand on the very auspicious time of the wearer .

It is said by following these steps accurately ,the wearer should be able to gain the goodwill and luck by preventing from the malefic affects of the nine-planets.

At present the conventional arrangement of the ring is not always adhered to.

The specific gems related with the particular planet:

According to the concept there are some standards and methodology of production to be followed.It is important that:The stones should be set on auspicious times , according to the horoscopic existence of the wearer.

There is a standard sequence to set the gemstones:

Thus it has got a very long history: the arrangement has got only a very little variation.Though the world has become industrialized and modernized ,the relationship between jewellery and cosmic forces is still in progress .These invisible forces acting beyond the control of man had not yet been totally understood within the thousands of years of human existence.

Gem Mining and Protecting the Diamond

Gem mining is one of Sri Lanka’s biggest employment generating industries .The full responsibility of protecting the jobs of those engaged in it and ensuring their safety at the places of work lies with the National Gem and Jewellery Authority.

Different techniques are followed in the extraction of various minerals including gemstones .The selection of technique depends on various factors -type of mineral,deposition, and pattern of minerals,their location and its environment ,value etc.

In the case of mining minerals such as granite,sand,clay,dolomite, feldspar,calcite, quartz and graphite,replacement of tons of earth is a compulsory requirement.

But in the case of gem mining ,even if it is done in an area of one acre, the need to replace even a ton of earth does not arise .This means that it is possible to overcome a massive environmental problem relating to the gem mining sector by applying developed soil erosion controlling techniques in mining and processing operations.

In doing so we need to extract valuable gems with care and concern for our natural environment.

Our natural environment is our ‘Diamond’ and if we give it due protection it is bound to yield even more precious stones.

Adverse impacts of gem mining like soil erosion and sedimentation in streams/rivers and reservoirs have a serious bearing on our environmental balance.This leads to loosening of fertile soil and obstruction of the natural flow of streams and rivers ,reducing water capacity of reservoirs.This in turn causes floods ,landslides and many more disasters.

Conducting environmental impact assesments,limiting mines and their sizes.Limiting heavy machinery use,systematic storage of excavated soil ,construction of temporary embankments and sedimentation tanks and installation of filtering devices are some of the means aimed at minimizing environmental destruction. 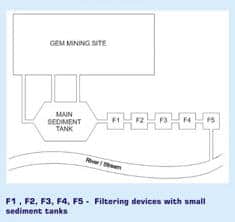 We may need even more effective environment-friendly measures as the years go by.

The Global Competitiveness Report has ranked Sri Lanka at No 70 out of 131 countries.Last year Sri Lanka was ranked 81 out of 122 countries.

This is a good indication that Sri Lanka is becoming competitive globally.

The Generalized System of Preference (GSP) Plus status granted to Sri lanka facilitates exports of 7,200 products from Sri Lanka on a duty free basis to the European Union.

Currently Sri Lanka is the only country in the region to have obtained the benifits under the scheme .

Very soon the EU is likely to renew the GSP Plus scheme of Sri Lanka for another three years (2008-2011).

Therefore Sri Lanka invites entrepreneurs in the region to take advantage and invest in Sri Lanka ,add value to their products and export it to the EU as duty free and earn more revenue. 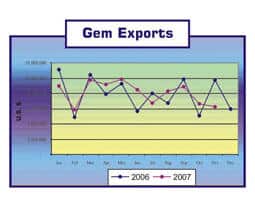 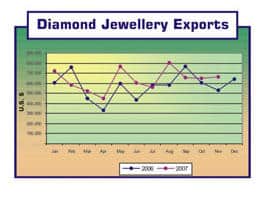 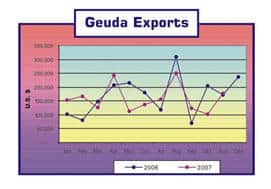 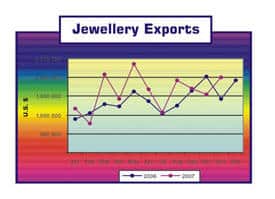 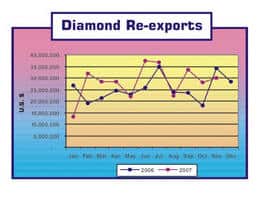 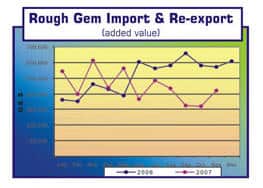 Overseas Programmes to Participate in the year 2008

Highlights of The 13th Malaysia International Jewelex held from 4th to 7th of October 2007.