Gem diamonds Ltd., the London-listed diamond mining company, that operates the Letseng mine in Lesotho, the world’s highest diamond mine, in partnership with the government of the Kingdom of Lesotho, announced on Wednesday, August 31, 2011, the discovery of a massive 553-carat top-color diamond, believed to be the 19th largest rough diamond and the 14th largest white diamond ever to be discovered in the world. The diamond that has not yet been named is currently undergoing analysis in Antwerp. Top-color or D-color diamonds are absolutely colorless, being chemically pure and structurally perfect diamonds, and are sometimes referred to as the “purest of the pure” of all diamonds. They are Type IIa diamonds which constitute only about 1-2% of all naturally occurring diamonds. Most of the diamonds produced in the Letseng mine are Type IIa, D-color, the highest quality among diamonds, with the greatest demand and fetching premium prices in the diamond markets around the world. The world’s most renowned source of such absolutely colorless diamonds in ancient times, known as “diamonds of the purest water” was the legendary Kollur mines of southern India, believed to be the source of some of the most famous and historic diamonds, such as the Koh-i-noor, the Regent, the Great Mogul, the Orloff, Idol’s Eye and the Nizam diamonds. The Letseng-la-terae mine situated in the highlands of Lesotho has now become the most consistent source of top-color large diamonds in the world, and has now assumed the role of a “21st-century Kollur mine” creating a legacy not second to that of the ancient diamond mine of India. 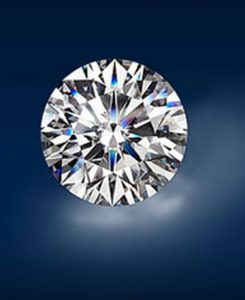 In August 2011, Gem Diamonds announced record sales of US$ 196.5 million for the first-half of the year ending June 30, 2011, which represented an 89% increase in sales over the previous year. Profits rose to US$ 50.9 million compared with only US$ 6.1 million last year. Rough diamond production from the Letseng mine rose at an average of 27% every year, and reached 52,614 carats last year. Overall Letseng diamond mine achieved an average per-carat price of US$ 3,052, a significant increase from last year’s average of US$ 1,728. The company sold 105 diamonds from Letseng , which achieved prices in excess of US$ 20,000 per carat, including a 2.79-carat blue diamond that sold for US$ 199,999 per carat.