The first DiamondCheck machine, the user-friendly 100% accurate synthetic diamond detector, developed by researches at the Gemological Institute of America led by Dr. Wuyi Wang, GIA’s director of research and development, was donated to the Diamond Dealers Club (DDC) of New York, and installed on their trading floor on Thursday, January 30, 2014, to be used free of charge by members of the Club to determine whether diamonds they are dealing with are natural or synthetic. 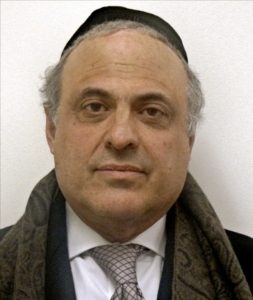 DDC President Reuven Kaufman, while expressing the gratitude of the membership to the GIA for providing the Club with the new DiamondCheck machine, said the device would go a long way in enabling DDC members to assure themselves and their clients that their goods are correctly classified as natural or synthetic. Continuing further, the DDC President said, that while it is neither illegal nor unethical to deal in synthetic diamonds, passing synthetic stones off as natural diamonds could potentially have a harmful impact on our industry by undermining consumer confidence. This follows reports that some synthetic diamonds submitted to certifying labs for grading have, perhaps inadvertently, been mixed with parcels of natural diamonds in the past year or so.
Mr. Kaufman also said that the DDC, the oldest and largest diamond-trading bourse in the country established in 1931, was committed to an ongoing education program for its members to enlighten them on synthetic diamonds and conducts seminars on how they may be effectively identified and what potential action may be taken by bourses worldwide for knowingly passing off synthetic stones as natural diamonds.
On behalf of the DDC, Mr. Kaufman thanked the GIA President Susan Jacques, Senior Vice President Tom Moses, and Director of Research Wuyi Wang, for the donating the DiamondCheck to the Club, adding that the “DDC is a major diamond trading center, committed to an industry built on integrity, trust and reputation. The installation of DiamondCheck technology by GIA, the first bourse to which GIA provided this equipment, will help us to both prevent synthetic diamonds from entering the market as natural diamonds as well as to ensure the maintenance of the high degree of consumer confidence that is critical to the industry worldwide.”