Distribution of tools, equipment and appliances used in the Jewellery Manufacturing Industry to Associations representing the ‘SME’ Sector at the ‘NGJA’ Auditorium on 11th April 2012 by Chairman & CEO of ‘NGJA’

Being yet another facility offered by the National Gem and Jewellery Authority (NGJA) towards the development of the jewellery industry in Sri Lanka; a distribution of above items to three Associations in Gampaha District representing jewellery manufacturers has been organized on Wednesday the 11th April 2012 at the ‘NGJA’ Auditorium.


The following are the beneficiaries  of this programme.


‘NGJA’ believers that, the above modern tools, equipment and appliances would enable the ‘SME’ jewellery manufacturers to produce jewellery items of high quality acceptable in both local and overseas markets alike.


The ‘NGJA’ intends to extend the above tool distribution to Associations based in Central, Southern, Nothern and Eastern provinces as well . 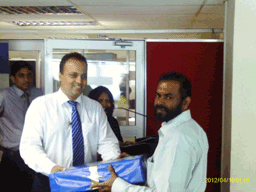 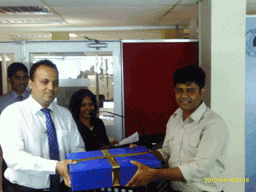 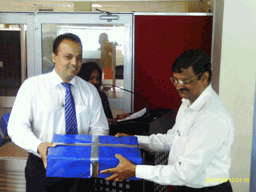 Adding another dimension to its services, Authority is finalizing arrangements to offer display and sales facilities to market the jewellery items produced by ‘SME’ manufacturers; at  a well appointed Show Room & a sales outlet located at Level -5 of World Trade Centre.  All jewellery items offered for sale at this outlet will be ‘Hallmarked’ guaranteeing the purity of the precious metal. ‘NGJA’ is of the firm belief that the above outlet would be a “Window of Opportunity” for SME’ Sector.


The Gem, Diamond and jewellery sector has recorded an overall growth of 58% percent as at end March 2012, earning a revenue of Rs.18.37 billion in comparison with the corresponding figure of Rs. 11.61 billion in 2011.


Jewellery exports have shown a 33 percent growth earning an income of Rs.630 million as against the figure of Rs.472 million in 2011.
The strengths and opportunities position Sri Lanka well to pursue further development of the gem and jewellery industry and make feasible the long term objective of creating Sri Lanka in to the trading hub of Asia with a wide variety of gemstones, latest designs and worldwide trusted customers.