The sixth edition of India Diamond Week aimed at providing trading opportunities for the Indian diamond trade as well as boosting direct communications between diamantaires and promoting business globally, was held at the New York Diamond Dealers’ Club headquarters situated at 580, Fifth Avenue, off 47th Street, New York from January 23-26, 2017. The event was organized by the Diamond Dealers Club of New York in association with the Gem & Jewellery Export Promotion Council (GJEPC) of India.

Over 60 exhibitors and several hundred buyers participated in the event held at the DDC’s trading floor in Manhattan. A statement issued by the DDC said that the India Diamond Week provided trading opportunities for the Indian diamond trade to trade at the largest bourse in the United States.

Commenting on the successful hosting of the show, DDC President Reuven Kaufman said, “As with past editions of this show, we have once again been successful at achieving our original goal, which is to create a space for people in the industry, from all over the world, to meet together in one place. What makes this show a success is that it gives companies the opportunity to build on previous introductions and relationships, established in previous editions of the show, on a bi-yearly basis.” 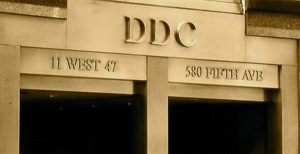 Continuing in the same vein, President Kaufman said, “We find that not only are the exhibitors returning year after year, but buyers continue to attend in order to maintain those relationships. Especially in today’s market, we see this show as a tremendous opportunity for companies to stay relevant and connected to others in the industry. In this sixth edition of India Diamond Week, we are proud to have welcomed back diamantaires from India to our trading floor.”

The DDC said that feedback from participants was positive and companies reported positive connections renewed with buyers who they see face to face only at shows.