As a follow-up to the March 18th announcement by De Beers of the selection of five new sightholders, who would receive supply via an Intention to Offer (ITO) for the remaining 2012-2015 Supplier of Choice (SoC) contract period, based on the strong demand demonstrated by these non-sightholder businesses for De Beers rough diamonds via their auction purchases, the De Beers Group of Companies announced on 1st April 2014 the publication of the updated Sightholders Directory, which also includes the names of the five newly-appointed sight holder businesses. 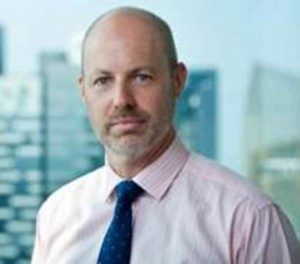 The first sight for these new companies will be May 5 to 9, when the final intention to offer (ITO) period of the current contract begins. De Beers current sightholder contract period began in 2012 and ends on March 30, 2015.

The addition of these companies as sightholders brings the total added by De Beers during the current contract period to 10. The first five were added in March 2013. De Beers announced the addition of the second group of five sightholders on March 18, 2014, but did not reveal their names until Tuesday, April 1, 2014

Commenting on the appointment of the new sightholders, Mr.Neil Ventura, Executive Vice President, Auction Sales said “We are delighted that five of De Beers’ auction customers have qualified for Sightholder contracts as a result of the demand they demonstrated for products sold at our auctions. The combination of spot sales and recently launched forward contract sales provides our customers with both industry-leading short and medium-term purchase flexibility and a real opportunity to achieve Sightholder status.”

Nigel Simson, Senior Vice President, Global Sightholder Sales said: “We very much look forward to welcoming these businesses into the Sightholder community for the remaining ITO of this contract period. They have fully earned their place among the world’s leading diamantaires and we are excited to build deeper relationships with each of them.”

Each applicant for a SoC contract under the 2014 ITO re-planning process has been subject to the same rigorous and objective selection process as those applicants that applied for supply at the start of the 2012–2015 contract period in 2011. Additionally, all applicants are required to adhere to the De Beers Best Practice Principles, ensuring that Sightholders are “living up to diamonds” by adopting strict ethical standards in their business practices.