Reuven Kaufman, president of the New York Diamond Dealers Club (DDC) announced on February 28, 2014, as part of DDC’s commitment to open new trading opportunities for its members, DDC New York will for the first time take part in the Hong Kong International Diamond, Gem & Pearl Show to be held from March 3-7, 2014. DDC will have its own dedicated pavilion, at the show in Hall 9 at the airport, where some of the Club’s prominent members will exhibit their products during the show. 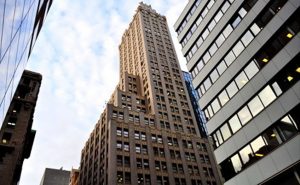 Among the member companies participating at the show are the industry’s leading diamond dealers, such as Antwerp Sales International (A.S.I.), Brilliante Gem & Diamond Inc., Charlie’s Gems Inc., Edelstein Diamonds, Elie Brilliant Gems Inc., Five C’s Inc., H. Lipschitz & Son, I & P USA Corp., Kanton Diamonds, Luster Gems N.Y. Inc., Octan & Sons and S.B. Diamond Corp.
According to Reuven Kaufman, participation in the prestigious show, organized by the Hong Kong Trade Development Council, was part of an overall commitment by DDC to open new markets for its members by encouraging them to pursue trade throughout the world. Hong Kong as a trading hub of the diamond industry, plays a crucial role in the international diamond trade, and hence the importance of the DDC participating in the Hong Kong Show, which is the latest manifestation of the DDC’s initiative, and follows DDC organized trade delegations in such venues as Dubai and Israel as well as one scheduled for Basel in a few weeks.
President of the DDC New York further said, that members of the Club were very enthusiastic and appreciative of the efforts made by the DDC in opening new trade opportunities for them. He also revealed that the DDC was involved in planning for new trade initiatives in other countries as well as working on a multi-bourse diamond week that would be convened at the DDC within the year.
Kaufman encouraged attendees at the Hong Kong Show to visit the DDC Pavilion in Hall 9 at the airport, and expressed confidence that visitors to the DDC Pavilion will be impressed at the unusually wide range of goods available to them at extremely competitive prices.