De Beers Group Chief Executive Philippe Mellier addressing a Sightholder reception on Tuesday night in Gabarone coinciding with the first De Beers Sight for 2015, said that maintaining success in the diamond industry is dependent upon investment to sustain supply, finance and demand, a task towards which the company had dedicated itself in the recent past. 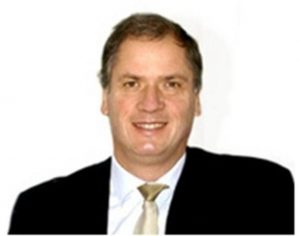 Elaborating further, the CEO of De Beers referrred to the company’s massive investment in mining projects in Botswana, South Africa, Canada and Namibia, all geared towards maintaining sustainability in the supply of diamonds. In this regard he made specific mention of the progress achieved at the Cut-8 project at the Jwaneng mine in Botswana, which is estimated to deliver more than 100 million extra carats. He also referred to the Venetia Underground Project undertaken in South Africa, which will extend the life of that mine until year 2044 and the progress achieved at the Gahcho Kué mine in Canada as well as the the recent opening of the Sendelingsdrif mine in Namibia. 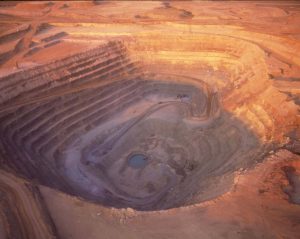 Mellier also discussed De Beers’ investment further downstream in improving the distribution strategy to ensure the most efficient ways of bringing the product to market, and also ensuring sustainability of demand through Forevermark.
Highlighting the role of Sightholders in investing for growth, he said: “Whether your focus is on economies of scale, improved use of technology or more efficient distribution, sustainably capturing value in the midstream requires ongoing investment so that your own customers’ demand remains strong and reflective of the true value of your product and service proposition.’’
Commenting on the first anniversary of Global Sightholder Sales’ successful move from London to Gaborone, Mellier praised the seamless transition which was a testament to all the hard work put in by the government of Botswana, the Sightholders, the local community, and the men and women at the De Beers Group of Companies.
Referring to significant anniversaries of Namdeb and Debswana, the De Beers CEO said that year 2014 signified the 20th anniversary of Namdeb, De Beers’ joint venture with the government of Namibia, and the 45th anniversary of Debswana, the company’s joint venture with the government of Botswana. Continuing further he said, “We have been able to celebrate these impressive anniversaries thanks to our investment in long-term success and to the effective sharing of responsibility between De Beers and the governments with which we work.”
Sounding an optimistic note, the CEO concluded, “We believe that the industry is approaching one of the greatest periods of opportunity in living memory, and we are committing to major investments across the pipeline so that we can unlock the full value presented by the industry’s outstanding fundamentals.”