ALROSA Group, the world’s largest diamond mining company, in a press release dated March 6, 2018, reviewed the results of geological prospecting during the year 2017. According to this review total diamond reserves, increased by 57.8 million carats during the year 2017, taking into account the explored deposits under the National Reserves Committee standards, while excluding the depletion of reserves. By the end of the year 2017, ALROSA’s total rough diamond reserves had grown to 1,182 million carats, having spent a total of RUB 8 billion for prospecting and onsite exploration, while at the same time launching a reform of the exploration complex aimed at increasing its efficiency. 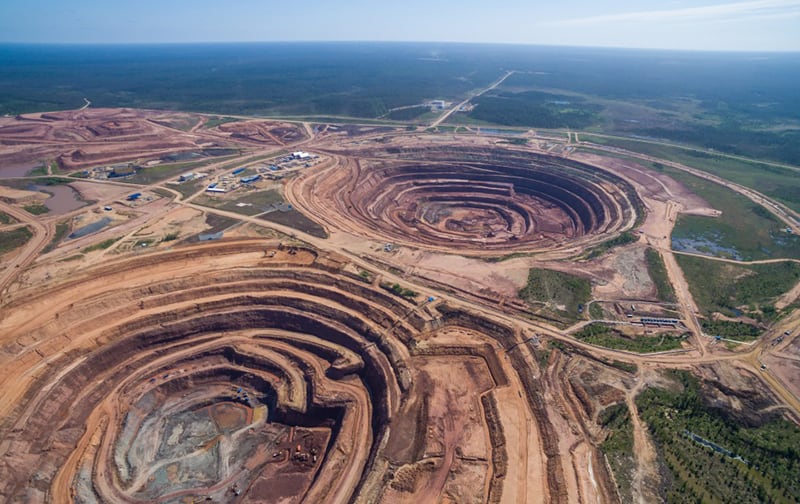 In the year 2017, ALROSA’s prospecting activities were focused on two main regions, the territory of the Republic of Sakha (Yakutia), in the Arkhangelsk region of Russia and the Cuango River alluvial diamond concession in Angola. Prospecting operations in Russia were concentrated mainly on eight promising areas, out of which seven are located in Yakutia. In southern areas of Western Yakutia, ALROSA geologists conducted the search for diamondiferous kimberlites, while prospecting and evaluation works were carried out on Syuldyukarskaya pipe and on alluvial deposits in Srednemarkhinsky and Malobotuobinsky areas. 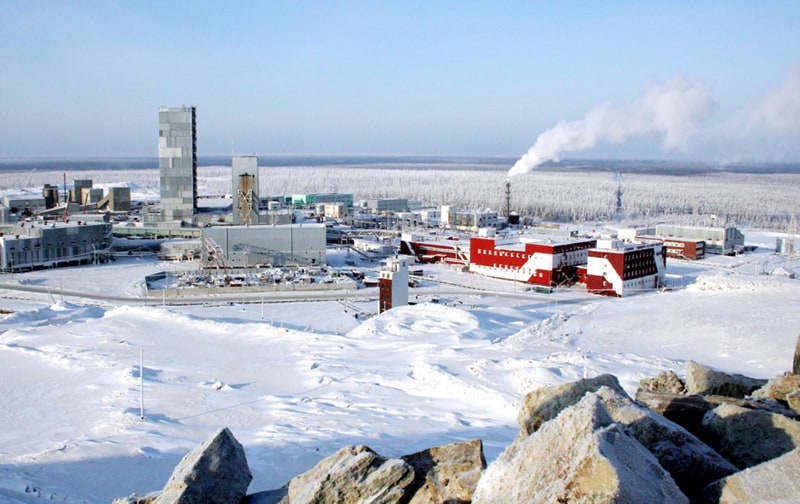 VIEW OF THE INTERNATSIONALNAYA UNDERGROUND MINE

The increase in the reserves recorded in the year 2017 is attributed to the prospecting and evaluation of deeper levels of two kimberlite pipes, the Internatsionalnaya pipe at a depth interval of 1,190-1,650 meters and the Yubileynaya pipe at a depth of 680 meters, as well as the completion of evaluation for the third stage of the buried Nyurbinskaya placer. 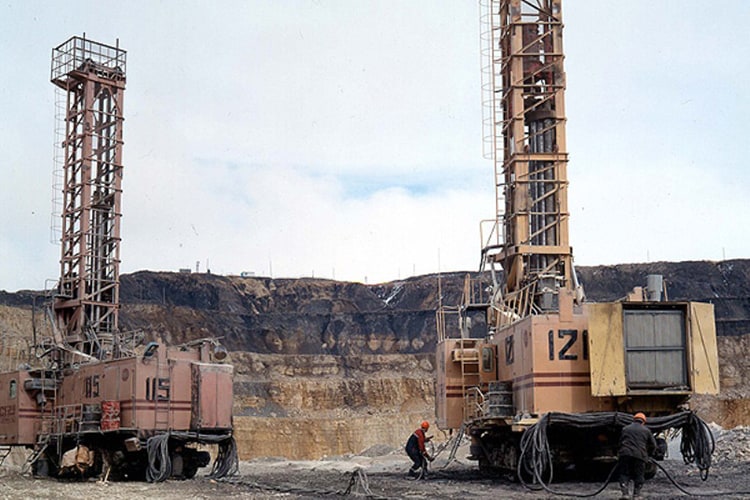 Prospecting and evaluation operations were also carried out and completed by ALROSA’s subsidiary, JSC Almazy Anabara at the sites of Khara-Masskaya Ploshchad and Malaya Kuonamka, as well as exploration on Lyaseger-Yuryakh and Ochuos subsoil plots. ALROSA’s subsidiary JSC Nizhne-Lenskoye also prepared a report with the calculation of reserves for the site Billyakh-pritoki-3.

In keeping with the recommendations of the Supervisory Board, in the year 2017 ALROSA re-organized the first stage of its exploration complex, creating three specialized competence centers, based on four exploration subdivisions that worked on a territorial basis. The three competence centers are: – 1) Exploration 2) Mining and Drilling and 3) Scientific and Analytical. The re-organization was necessitated to eliminate duplication of administrative and management functions and to strengthen the role of the Chief Geologist’s Service in the exploration complex.

The Chief Geologist of PJSC ALROSA Konstantin Garanin, commenting on the re-organization of the exploration complex, said, “The reform of the exploration complex should help to optimize it and increase its efficiency, eliminate duplicate functions, improve management efficiency, and reduce the costs. According to our estimates, the cumulative effect of these changes will exceed RUB 300 million a year while maintaining the pace of exploration operations. Whereas the strategic goal of exploration – effective replenishment and improvement of the quality of the mineral resources base – remains constant.”

The progress made by ALROSA’s exploration complex in 2017 will be considered at the meeting of the Company’s Executive Committee on March 15.