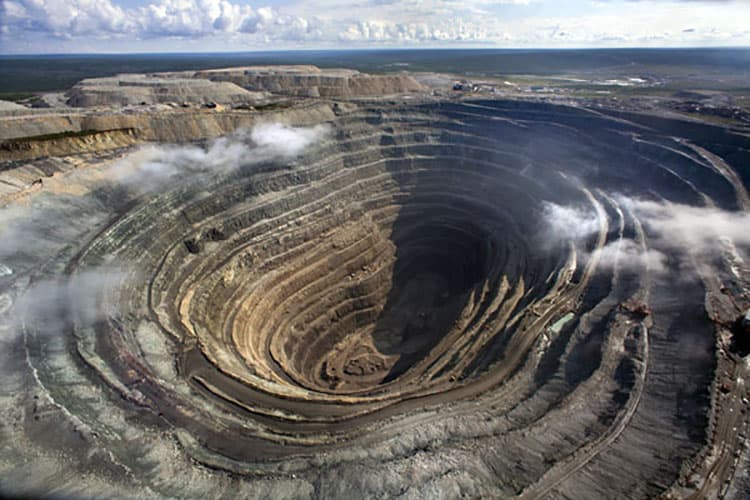 UDACHNY OPEN-PIT MINE AT WESTERN YAKUTIA

According to this report Alrosa Groups FY 2017 total diamond production was 39.6 million carats which was 6% higher than the previous year’s production. The Company was able to achieve such impressive production figures in keeping with its annual diamond production plan, despite the shutdown of the Mir underground mine in view of the accident in August 2017. The Company attributes the growth in diamond production to several factors such as  higher output at the Udachny underground mine; the development of the richest part of the deposit at the Jubilee pipe; higher production at the Botuobinskaya pipe and the increased grade at the Arkhangelskaya and Karpinskogo-1 pipes operated by Severalmaz.