The National Gem & Jewellery Authority of Sri Lanka organizes periodic lectures and presentations every year, by specialists in different fields of the gem & jewellery trade and industry, to educate the people involved in different sectors of the industry, of the current trends and developments in various fields, in keeping with its objectives of developing the gem & jewelry trade & industry in Sri Lanka. One such lecture was held on January 26, 2011, the first for the year 2011, and was delivered by Dr. Gamini  Zoysa, Consultant Geologist/Mineralogist. The topic of Dr. Gamini Zoysa’s lecture was “Gems and Gem Deposits of Vietnam” a timely theme, as Vietnam becomes a major source of rubies and sapphires in Asia, joining the limited group of nations in the world, endowed with this rare mineral resource, occurring together, such as Sri Lanka, Burma, Afghanistan, Pakistan, Tajikistan, Nepal,  Thailand, Cambodia in Asia; Madagascar, Kenya, Tanzania and Mozambique in Africa;  the Harts Range in the Northern Territory of Australia; the U.S. states of Montana,  North Carolina and South Carolina and recently the receding ice shelf of Greenland. Sri Lanka like Thailand is increasingly dependent on gemstone resources of other regions such as Southeast Asia and East Africa to sustain its expanding gem & jewelry industry, as local supplies of rough gemstones are becoming increasingly scarce. Thus, it is not surprising to find increasing numbers of Sri Lankan gem dealers competing with their counterparts from Thailand and other nations, for the gem resources of countries like Madagascar, Tanzania and Mozambique. It is in this context that the presentation by Dr. Gamini Zoysa is timely and relevant, as Vietnam emerges as a source of ruby, sapphire and other gemstones, such as red and blue spinel and tourmaline and large quantities of these gemstones appear in the gem markets of Bangkok and Hong Kong. 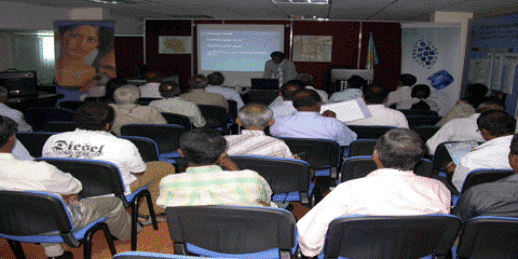 The first discovery of high-quality ruby deposits in Vietnam came from Luc Yen in Yen Bai Province, northwest of Hanoi, in Northern Vietnam in 1988. Placer deposits of ruby were discovered by farmers during routine agricultural activities. This accidental discovery in 1988, spurred intentional exploratory activities across the country, both in the North as well as the South, that led to the discovery of a second ruby deposit in the North, in Quy Chau, southwest of Hanoi, in the latter part of 1990.  This led to a wild-west type gem-rush, with over 300,000 miners converging on the area, and one of the poorest provinces in Vietnam, suddenly becoming one of the richest. The mad rush for the “red-gold” led to rapid environmental degradation, with miners digging and burrowing into the hills and valleys of Quy Chau district. Mining accidents increased by the collapsing and caving-in of mining tunnels. In 1991, in a single accident over 60 people were killed by a massive cave-in. Apart from accidents, the generation of new wealth attracted armed bandits, mainly ex-soldiers into the area, who  waylaid travelers along the remote roads of Quy Chau district.  With the mounting security problems and mining accidents, the Central Government of Vietnam stepped in, to bring peace and order to the mines. The gem-bearing areas were mapped out by geologists and the most promising sites were auctioned off to Vietnamese companies.

In Luc  Yen, ruby deposits were associated with lesser amounts of sapphire and spinel, both blue and red spinel and also gem-quality tourmaline and garnet. In Quay Chau ruby deposits were associated only with lesser amount of blue to violet and orange sapphire, but there was no spinel. The ruby from Quay Chau was similar in appearance to that from Luc Yen, with distinctive blue zones of color, like the rubies of Jagdalek, in Afghanistan. In Tan Huong  and Truc  Lau, also in North Vietnam, south of Luc Yen, ruby was found and exploited by local farmers in 1994. Hundreds of kilograms of rubies and star rubies were exploited illegally in this region and sold to foreign dealers until 1996, when the Vietnam National Gem and Gold Corporation intervened and exploited the deposits under its management. It is in this region that in April 1997, two large ruby crystals of very high quality, one weighing 2.58 kg and the other 1.96 kg were discovered and declared as State Treasures. Associated gem minerals in this region were red spinels and blue sapphires.

In Southern Vietnam corundum deposits are mainly sapphire in placer deposits formed by the erosion of alkaline basalts, discovered and exploited since the late 1980s. In the Dak Nong region in Dak Lak province, sapphire crystals up to 1.5 cm long and 0.2 to 0.4 cm wide are found, ranging in color from dark blue to blue, and green and yellow. In the Ma Lam and Da Ban areas of Binh Thuan province, barrel-shaped crystals of sapphires ranging in color from very dark blue to deep blue are found.  Zircon and peridot are found associated with the sapphires.  Aquamarine was first discovered in Xuan Le in Thanh Hoa province in 1985 by a field geologist.  Other gem materials associated with aquamarine were topaz, zircon and black tourmaline. The aquamarine crystals were high-quality, with hexagonal prismatic shapes, sea-blue color, transparent and with sizes ranging from 5 cm to 20 cm long and 1 cm to 6 cm in diameter. Topaz in Xuan Le are colorless to yellow in color, with high transparency and suitable as gem-material. Tourmaline, quartz and garnet are found as accessory minerals.  Gem-quality aquamarine, 3-4 cm in diameter and sometimes 10-30 cm long, with a sky blue color have been exploited in Thach Khoan in North Vietnam.  Tourmaline, quartz and garnet are found here as associated minerals. Olive-green to  yellowish-green gem peridot is also found in Ham Rong and Bien Ho basaltic areas of the Gia Lai province.

Quartz is one of the most abundant and widely distributed minerals in Vietnam, found both in the north and south. Smoky quartz, rose quartz and amethyst are among the varieties of quartz found.  Smoky quartz is found in pegmatite at Xuan Le in Thanh Hoa province, Ky Son in Nghe An province, and Thach Khoan in Vinh Phu province. Good quality amethyst with high transparency and an attractive purple color is found in Don Duong in Lang Son province and Chu Boc in Gia Lai province. Rose quartz have been found in Da Nang.

Jadeite and Nephrite were found in Co Phuong in Son La province. They are greenish in color and used only for carving fine-art products. Agate found in Loc Ninh is used for necklaces.

Thus, from the foregoing account it is evident that Vietnam is blessed with a variety of both precious and semi-precious stones. However, out of these the main deposits that could be economically exploited are ruby, sapphire, aquamarine and topaz. In southern Vietnam, potential economic deposits of blue sapphire, zircon and peridot are also present. Other minerals such as spinel, tourmaline and quartz are also widely distributed, and may play an important role in future, in the gem industry of Vietnam. It is expected that future exploratory activities might lead to the discovery of additional gemstone deposits of economic significance, and Vietnam would take its rightful place as a major player in the international gem and jewelry industry.