The National Gem & Jewellery Authority in keeping with its policy of educating people involved in various sectors of the gem & jewelry trade and industry, on topics relevant to their field, have been organizing lectures periodically by various specialists in different fields, both local and foreign. One such presentation was held on April 28, 2011, at the NGJA headquarters in Colombo. The presenter was Mrs. Maj-Britt Anna K. Baker, Gemologist & Consultant attached to Ananda Miners (Pvt) Ltd. a renowned gem-mining, processing, jewelry-manufacturing, gem-mining and processing machinery manufacturing and exporting company, based in Sri Lanka. The topic dealt with by Mrs. Baker was, “Salient points in successfully handling a jewelry export order,” a timely subject, considering the number of prospective exporters trying to enter the competitive field of export marketing. The presentation was well attended and appreciated by an enthusiastic audience. Soon after the presentation, Mrs. Baker was presented with a token of appreciation by the Acting Director General of the National Gem & Jewellery Authority, Mr. Ajith Perera. 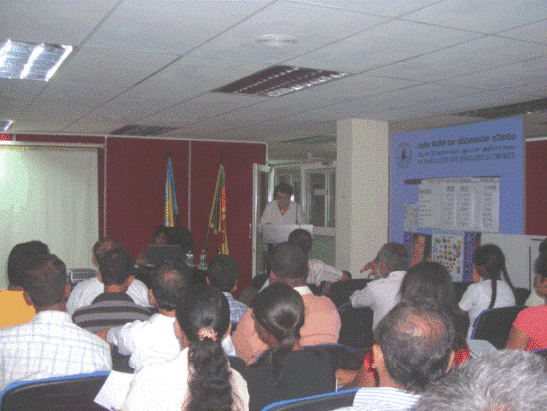 Ananda Miners (Pvt) Ltd. is a gem-mining, processing and exporting company, that has been in business for over 20 years.  The company situated at Henegama, Pokunuwita, in the Western Province of Sri Lanka, maintains its own lapidaries and also engages in the heat treatment of gemstones.  The company that has operated mines all over Sri Lanka, have during the past 10 years expanded into the manufacture of machinery used in the gem industry. The company pioneered the use of gem gravel washing machines in Sri Lanka, which has now become popular not only in Sri Lanka but also internationally. These machines are exported by the company to many countries, such as India, Madagascar, Tanzania and Somalia. The latest addition to the company’s line of products is the gold and heavy mineral sand separator, known as the “Black-Sand Unit,” which is very efficient in separating fine gold particles from sand. 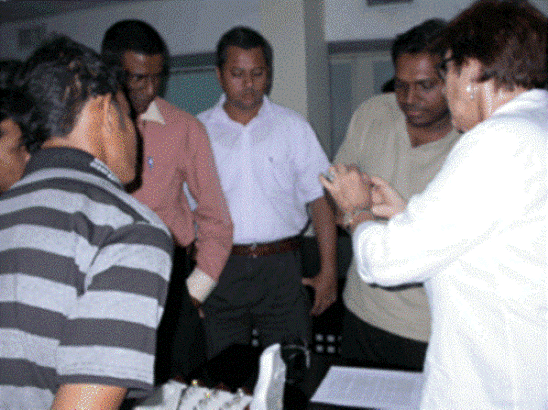 Mrs. Anna K. Baker explaining details of some jewelry items designed by her to a group of enthusiastic participants 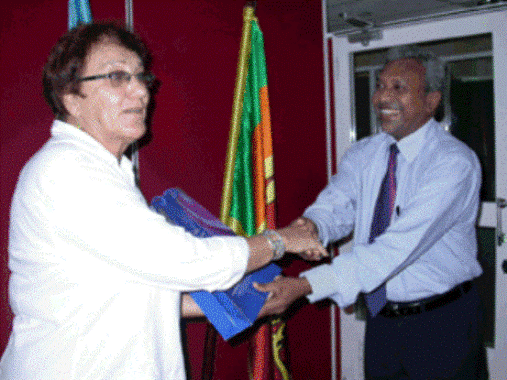 Mrs. Baker presented with a token of appreciation by the Acting Director General Mr. Ajith Perera after her presentation