Hard on the heels of the sensational July 4th discovery of the 2.95-carat Champagne Brown ” “Patriot Diamond” by Terry Staggs of Richmond, Kentucky, at the Crater of Diamonds State Park, Arkansas, another significant brown diamond weighing 5.16 carats, the 27th-largest diamond ever found at the park was unearthed by a 12-year old boy from Apex, North Carolina, Michael Dettlaff on July 31st, 2013. 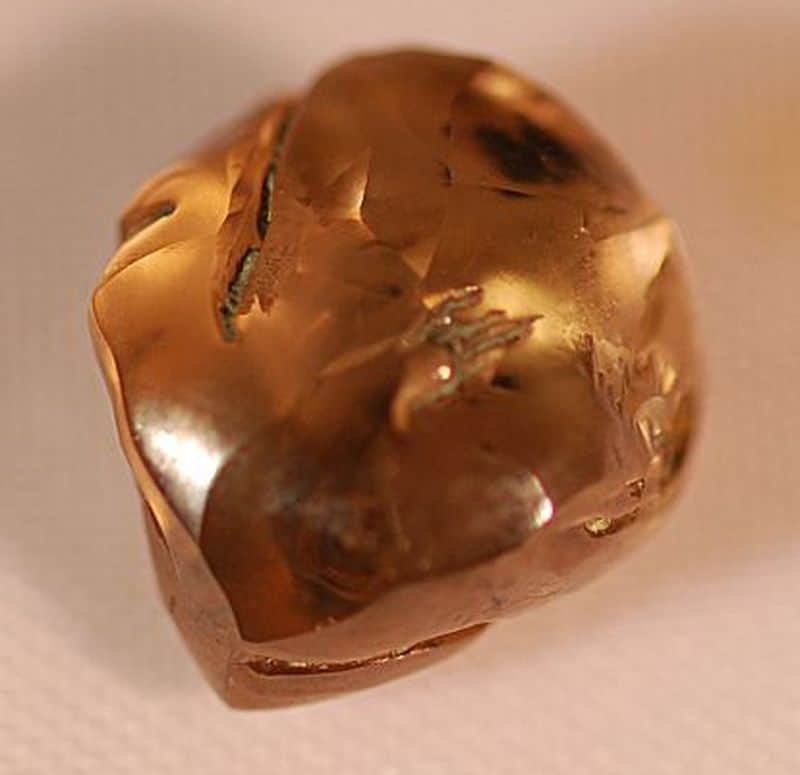 Michael Dettlaff had gone to the Crater of diamonds State Park, Arkansas, with his parents on Wednesday, July 31st, like hundreds of other families who visited the park annually, to engage in the favorite pastime of exploring for diamonds in the 37.5 acre diamond hunting area of the park. While Michael’s father was busy renting mining equipment with a view of starting a hard days work with his family, the boy bubbling with enthusiasm could not wait for his parents and had entered the search area and begun searching for diamonds, sifting the soil with his bare hands. Barely ten minutes had passed, and as luck would have it, the boy picked up a tiny sparkling brown-colored stone from the debris he had sifted. Little did the boy realize that what he had just found was indeed a diamond, yet he knew that the stone with a honey-brown color and metallic luster was something unusual and the boy lost no time in putting it safely into a bag that he carried. He ran to his father, who was still in the midst of renting mining equipment, and bringing out the stone from his bag showed it to his father.

The boy’s father, Chris Dettlaff carried the stone to the Park authorities, to verify whether the stone was actually a diamond. To his great relief and excitement, after testing the Park authorities certified that the stone was indeed a 5.16-carat, honey-brown-colored diamond, the 27th-largest gem ever found at the Park. Michael Dettlaff, who is also a boy scout, has christened his diamond the “God’s Glory Diamond.
In a statement issued after the sensational discovery, park interpreter Wayman Cox said, “The gem is truly glorious with a beautiful metallic luster and some interesting notches that give it a one-of-a-kindappearance.This find is particularly unusual since it was discovered so quickly. His father was in the midst of renting mining equipment when Dettlaff showed him the stone. It is thrilling any time a child finds a diamond here at Crater of Diamonds State Park. Michael was excited to have found his own diamond, as just about any boy would be, but he was absolutely awestruck when he realized its significance.… To Michael, the entire experience may have felt like a dream, but it is certainly a dream come true, and an adventure he will remember for the rest of his life.”
Soon after finding the diamond, Michael who was interviewed by the Press said, “When I brought this rock out of the bag, the guy who was there, he just went bug-eyed. If it can be cut and is valuable, I’d like to sell it. And if it’s not, it’s just a great souvenir.”
Chris Dettlaff, who was with his son when the boy was interviewed by the Press, added “It’s just amazing how much attention a 5 ct. diamond brings.”