A major attraction of the 6th-version of the International Diamond Week in Israel (IDWI) to be held between February 13 – 16, 2017, will be the holding of important international tenders of rough and polished diamonds by major diamond producers and diamond auction companies from around the world. One of the highlights of these international rough and polished diamond tenders will no doubt be the tender held by Alrosa, the Russian group of diamond mining companies, the world’s largest producer of rough diamonds, with operations in nine countries and across ten regions of Russia, accounting for 28% of global diamond production. 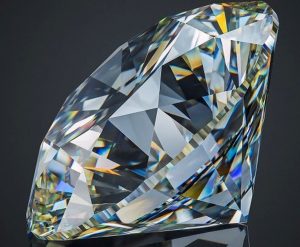 The Alrosa rough and polished diamond tender will feature 108 boxes of rough diamonds ranging in weight from 11 to 199 carats and a significant number of unique white and fancy-colored polished diamonds varying from 10 t0 80 carats, including five cut and polished diamonds originating from a single large rough stone. The centerpiece of the Alrosa auction will no doubt be the “Star of Viluysk,” an 80.59-carat, round brilliant-cut, colorless diamond, which will be displayed on the IDE trading floor with other special stones of the company, during the IDWI, prior to the auction.

The presence of Alrosa President and CEO, Andrey Zharkov as a special guest-of-honor at the 2017 IDWI, will give an added significance to the Alrosa rough and polished diamond tender at the IDWI. The visit of Alrosa President is timed to coincide with the inauguration of the Israeli Diamond Exchange’s own International Tender Center, a venue for the holding of future international rough and polish diamond tenders by major rough producers and diamond traders. In fact Alrosa has held regular tenders of polished and rough diamonds at the Israeli bourse for several years, and the IDE’s new International Tender Center will be the venue for such auctions in the future.

Alrosa and IDE signed a Memorandum of Understanding (MOU) on February 9, 2015 on the sidelines of the IDWI, aimed at increasing cooperation between the two organizations in a variety of areas. During his visit Alrosa President Andrey Zharkov will meet with IDE leaders to discuss specific terms of the MOU, including increased rough supply to Israel. According to IDE President Yoram Dvash, Alrosa is a very significant player in the type of diamonds that the Israeli industry focuses on, and over the past several years Alrosa had supplied a growing quantity of such stones to the Israeli market. Hence, the visit of Alrosa President Andrey Zharkov provides an excellent opportunity to discuss and negotiate an increased supply of rough diamonds to the Israeli market.

The 6th-version of the International Diamond Week in Israel will feature several tenders of rough and polished diamonds by major producers and independent suppliers. This is in addition to the large variety of goods on offer by hundreds of Israeli and international exhibitors. Apart from this IDWI 2017 will also offer a rich social program including free sightseeing to Jerusalem and the Dead Sea. Buyers are also eligible for free accommodation for three nights in nearby hotels.