Gem Diamonds Ltd (LSE: GEMD) in a press release dated Tuesday, 13 March 2018 has announced the sale of its largest gem-quality 910 carat D colour Type IIa rough diamond recovered so far from the Letšeng mine in January 2018,  believed to be the fifth largest gem quality diamond ever recovered in the world. The exceptional quality enormous rough diamond, appropriately christened “The Lesotho Legend” achieved a staggering USD 40 million on tender in Antwerp on 12 March, 2018.  The successful tender was placed by the reputed Antwerp-based Indian diamond processing and manufacturing company Samir Gems NV, headed by Samir J. Bhansali, the Chairman and Managing Director of the Company. 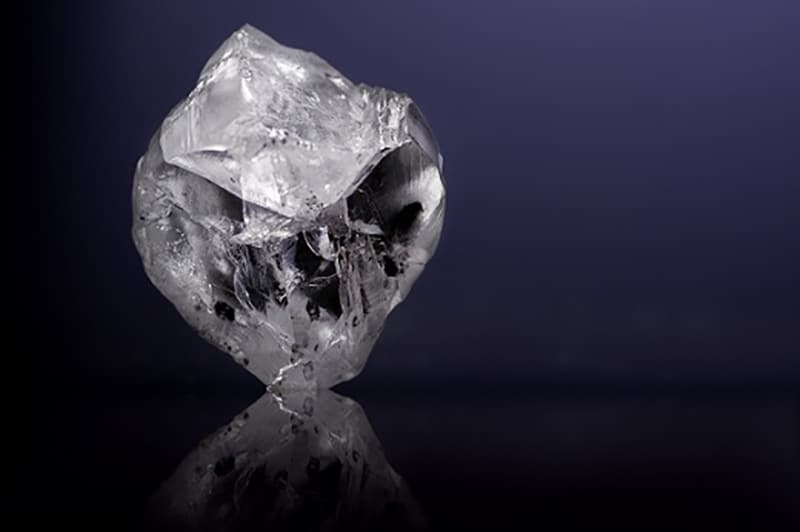 Commenting on the sale of the diamond, Clifford Elphick, Gem Diamonds’ Chief Executive Officer, said, “We are delighted with the outcome of the sale of this iconic diamond, which demonstrates the exceptional quality of The Lesotho Legend itself, as well as reaffirming the unique quality of the Letšeng diamond production.“ 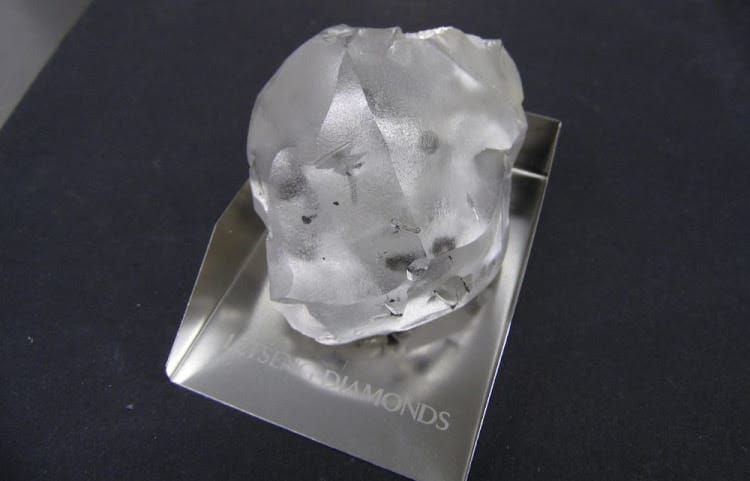 ANOTHER VIEW OF THE 910-CARAT LESOTHO LEGEND DIAMOND

Letšeng Mine in Lesotho, is the world’s highest diamond mine as well as the world’s highest dollar-per-carat kimberlite diamond mine. The recovery of large gem-quality diamonds greater than 100 carats in weight has a significant impact on the overall price-per-carat value of the diamonds sold. In the year 2017 seven gem-quality diamonds greater than 100 carats in weight were recovered at the Letšeng Mine in Lesotho of which the largest, a Type IIa diamond weighing 202.16 carats was recovered in November, Q4 2017. 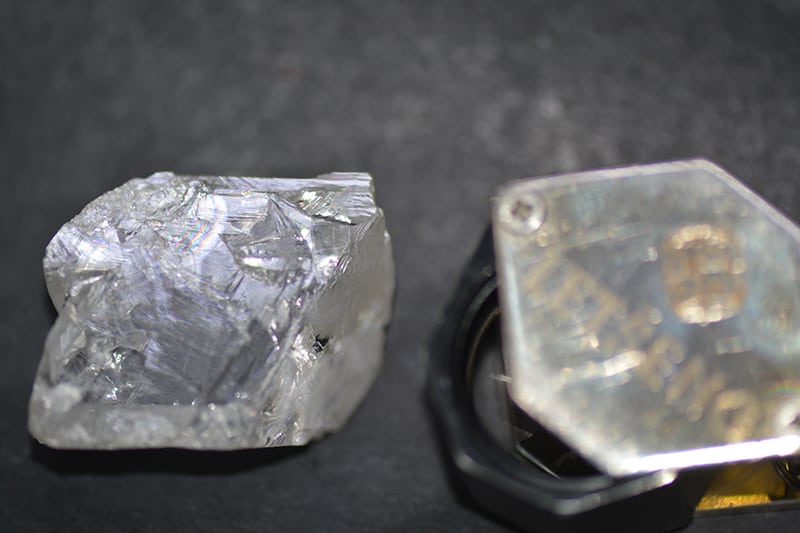 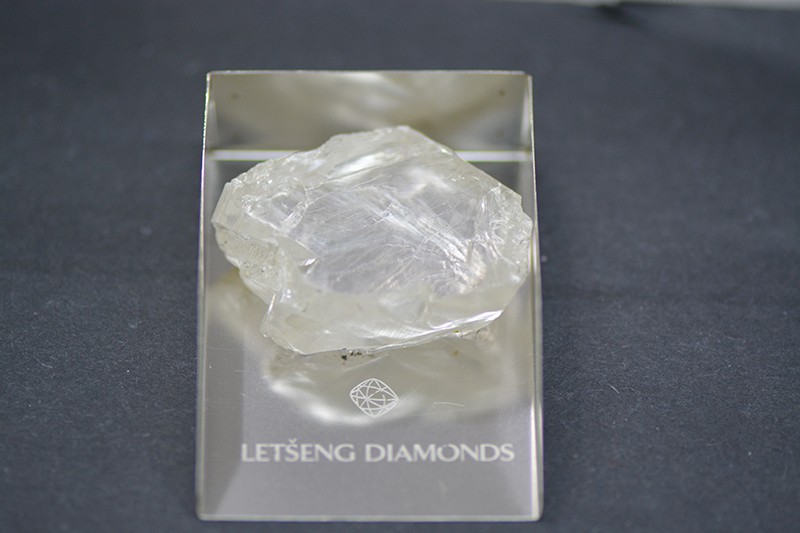 The Company’s prospects for the New Year 2018, looks even brighter than 2017 given the landmark recovery in January of the exceptional quality 910 carat, D Colour Type IIa diamond, the largest diamond to be mined to date at Letšeng, followed soon by four more large diamonds greater than 100 carats, weighing 149.43 carats, 117.67 carats, 116.98 carats and 110.63 carats. The recovery of a 152 carat, white, top-color/D-color, Type IIa rough diamond, the sixth in a series of sensational discoveries of +100 carat rough diamonds was announced on March 7, 2018. The most recent recovery unveiled on Wedneday, March 14, 2018 is the 169-carat, white, D-color, Type IIa rough diamond, the seventh +100 carat rough diamond discovered in 2018.