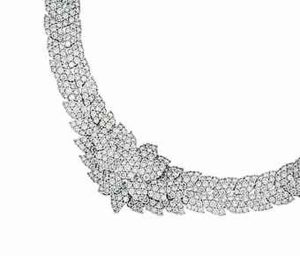 Top Lot of the Sale – Lot 92, A Diamond Necklace

Lot 170 – A suite of diamond jewelry comprising of a necklace, bracelet, earrings and a ring