In a press release dated January 23, 2014, Christie’s auction house has reported a record-breaking result for global jewelry sales in 2013, totaling US$ 678.3 million, the highest annual result ever achieved for jewelry in the history of the auction house. The turnout for 2013 reflects an 18% increase over Christie’s 2012 total, and beats the auction house’s previous record-breaking total annual jewelry sales of US$ 600 million set in 2011, an year during which the “Collection of Elizabeth Taylor” set the record for the highest value realized by a personal jewelry collection in auction history. Two record-breaking sales executed by Christie’s Geneva in 2013, – the sale of “Winston Legacy” in May for US$ 26.7 million and the sale of the “Orange” diamond in November for US$ 35.5 million – helped Christie’s Geneva to lead the company’s jewelry sales with a total of US$ 228.4 milion.
Six of the top ten jewels sold by auction in the year 2013 were handled by the major sales regions of Christie’s situated in Geneva, Hong Kong and New York. A breakdown of the annual sales for 2013 shows that more than 120 jewels fetched a selling price of more than US$ 1 million each; 14 lots sold for a price of above US$ 5 million each; and 5 lots for above US$ 10 million each. Christie’s unprecedented results achieved in the year 2013 is attributed to the cumulative contribution of high-quality colored and colorless diamonds, natural pearls, private collections with a provenance and three successful online-only jewelry auctions. Another contributory factor was the number of new buyers from Europe, the U.S. and particularly Asia participating actively in the auction process, increasing the competitiveness for rare jewels and gems of the highest quality than ever before. 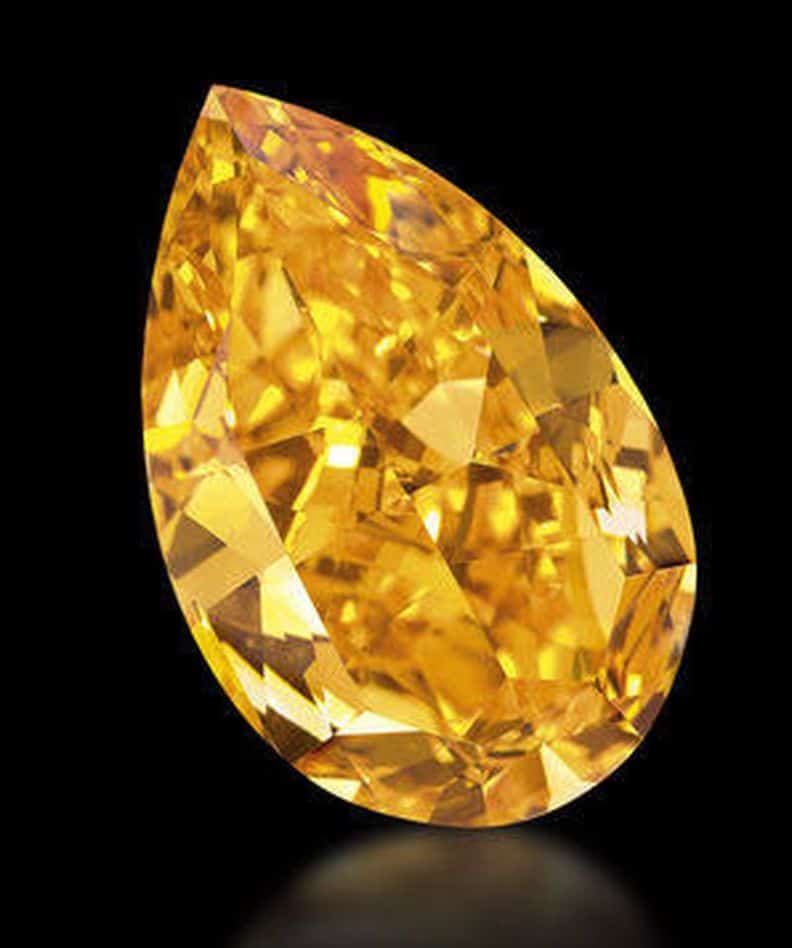 Comparing Christie’s worldwide jewelry sales for the year 1994 with a single jewelry sale for 2013, viz. November 2013 Christie’s Geneva Sale, François Curiel, International Head of Jewelry and President of Christie’s Asia has shown, that two-thirds of the total jewelry sale of US$ 190 million in 1994, equivalent to US$ 125 million was realized in just one auction in November 2013, at Christie’s Geneva. Likewise, comparing the price-per-carat for top-quality gemstones in 1994 and November 2013 which was US$ 80,000 per carat in 1994 and US$ 2.4 million per carat for the “Orange” diamond in November 2013, François Curiel showed how the price-per-carat had escalated 30 times during the last 20 years. Continuing further, François Curiel said, “Last year, the prices achieved and the records set soared above all previous records and raised the jewelry auction market to an entirely new level. The top ten jewels sold at Christie’s demonstrate jewelry as art – gemstones of such quality they will perhaps only be seen once in a lifetime.”

2013 was an exceptional year for colorless diamonds at Christie’s. At the Christie’s Geneva Magnificent Jewels sale on May 15, 2013, Harry Winston acquired the pear-shaped, D-color, flawless diamond of 101.73 carats, for US$ 26,737,913 (US$ 254,400 per carat), which was subsequently christened the “Winston Legacy,” setting a world record for the sale of a D-color, flawless diamond. At Christie’s Hong Kong Magnificent Jewels sale on May 28, 2013, Ms. Tiffany Chen, Vice Chairman of China Star Entertainment Limited, purchased the D-color, internally flawless, briolette diamond of 75.36 carats, for US$ 11,151,245 (US$ 148,000 per carat) setting a new world auction record for a briolette diamond, and christening the diamond as “The Star of China.” Finally, at a Christie’s Magnificent Jewels sale on December 10, 2013 in New York, a rectangular-cut, D-color, internally flawless Golconda diamond of 52.58 carats sold for US$ 10,917,000 (US$207,600 per carat). Private sales were also an important factor in Christie’s success in 2013 – a trend that is expected to continue in the New Year. This facility, led by International Director Julien-Vincent Brunie, is tailored to clients who prefer to buy or sell outside the fixed auction calendar, and to those seeking the rarest of gemstones and jewels.