The National Gem & Jewelry Authority (NGJA) of Sri Lanka, in keeping with its policy of organizing informative and educative presentations by renowned specialists, on various fields of the gem and jewelry industry and trade, recently invited a world renowned authority on Field Gemology, Mr. Vincent Pardieu, of the GIA Laboratory, Bangkok, Thailand, to deliver a presentation on the “Rubies from Mozambique” based on his expeditions and  collection of samples undertaken  in the autumn of 2009 after  the discovery of the Montepuez deposits in the spring of the same year, and subsequent studies and research projects undertaken by the GIA, Bangkok Laboratory, on the samples of rubies collected, that are still ongoing. The presentation was timely as increased quantities of rubies from Mozambique, both treated and untreated have started making their appearance, in international gem trading centers around the world, and more Sri Lankan gem dealers have diverted their attention towards East African countries as a source of rubies and sapphires, and other varieties of gemstones, such as tanzanites and tsavorite garnets. The presentation was very much appreciated by an enthusiastic audience who were present on the occasion. After the presentation, Mr. Vincent Pardieu was presented with a Memento, by the Acting Chief Valuer of the NGJA, Mr. S.C. Edirisinghe. 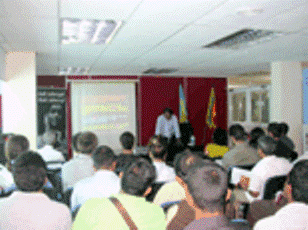 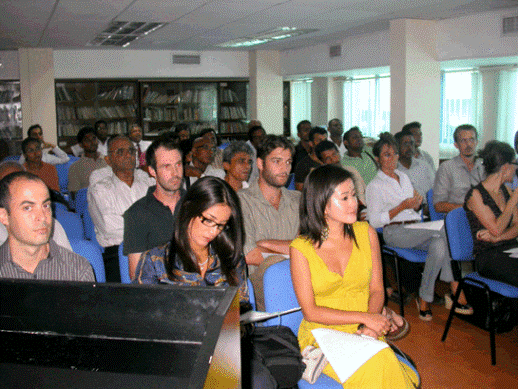 A section of the enthusiastic audience at the presentation by Mr. Vincent Pardieu

Mr. Vincent Pardieu, who characterizes himself as a “Shameless Travel-Addicted Gemologist” in his website Field Gemology.org is the “Supervisor, Field Gemology” at the GIA Laboratory Bangkok. His area of specialization is the “origin determination of gemstones,” a crucial field in gemology, as geographic origin of gemstones is a parameter that may affect their market value. Even though it is generally agreed that geographic origin should not be used as a quality factor in assessing gemstones, since even the most renowned gem-mining areas produce many low-quality gems, and vice-versa, areas that are not so renowned and more recent, produce high-quality gems, sometimes even surpassing the quality of gems produced from renowned areas, Yet, like in Art where works by renowned artists fetch higher prices than those from less renowned ones, geographic origin still plays an important part in determining the final value of gems. This necessarily means that gems of equivalent beauty and quality but mined in different geographical areas, might have different market values based on their origin. Accordingly, gems originating from more famous and romantic traditional mining areas may have a higher market value than similar gems mined from a less famous and more recent source. This aspect of marketing gemstones has now been further modified recently by new legal and ethical concerns applied by many consumer markets despite strong credentials of famous and romantic origins, such as the renowned Mogok rubies originating in Burma. Thus, origin determination of gemstones has become a crucial factor in deciding the market value of gemstones, and has become an important part of gemological research undertaken by Vincent Pardieu at the GIA Bangkok Laboratory. 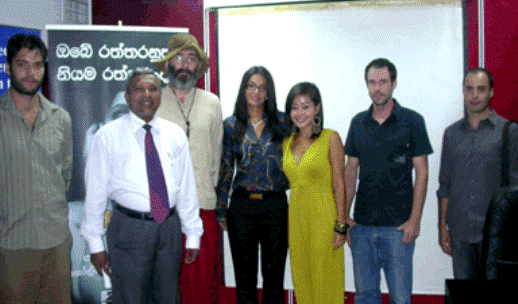 Mr. Vincent Pardieu and his students with the Acting Director-General of NGJA Mr. Ajith Perera

Vincent Pardieu, who read Physical Chemistry at the University of Bordeaux in France from 1988 to 1994, later did a program in Marketing and Business at ESARC, Toulouse, France from 1994 to 1995, subsequently becoming a tour guide, specializing on Europe and Asia. He first studied gemology at the GGA, Yangon, Myanmar, in the year 2000, becoming an Associate Gemologist (AG), and later at the GIA Thailand in 2001, becoming a Graduate Gemologist (GG). He became Director of AIGS in October 2004, in which capacity he served until February 2007. He then joined the Gubelin Gem Lab as Laboratory Gemologist, specializing on “origin determination of colored stones.” He joined the GIA Laboratory, Bangkok, Thailand, as Supervisor, Field Gemology in December 2008, in which capacity he is serving until today. 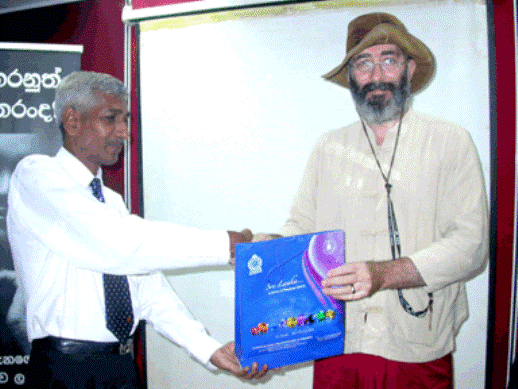 Vincent Pardieu is renowned worldwide for his numerous expeditions to gem-mining areas in Asia and Africa and his subsequent publications in various magazines, and his own website www.fieldgemology.org.