In a news report dated April 30, 2015, IDEX Online News, announced the passing away of one of the last pioneers of Israel’s diamond industry and trade and the first General Manager of the Israeli Diamond Exchange, Michael Cohen, on April 19, 2015, at the ripe old age of 97 years. 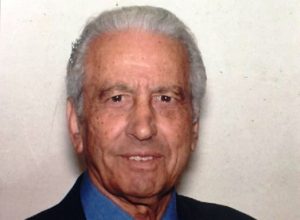 During his tenure as General Manager, in the early 1960s, Michael Cohen initiated negotiations with the government, that led to successful relocation of the Israeli Diamond Exchange from its former site in southern Tel Aviv to its current location in Ramat Gan, which was then an empty lot, just opposite the Tel Aviv railway station, across the Ayalon river bed. This area, hemmed in between Jabotinsky Road, the Ayalon valley and Bialik Street, eventually became the Diamond District of Tel Aviv, with multiple high-rise buildings being constructed and is today fondly nicknamed as “Little Manhattan.” 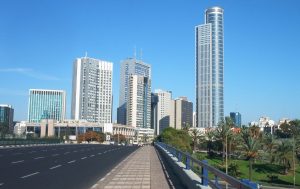 Expressing his condolences on the death of Michael Cohen, the current president of the IDE Shmuel Schnitzer, on behalf of the board of the IDE and on his own behalf said, “Michael Cohen was one of the last pioneers of Israel’s diamond industry and trade. For more than a decade he worked alongside my father, Moshe Schnitzer, expanding and strengthening the exchange complex into the ultra-modern and most secure diamond trading center in the world. Like many of this generation of industry giants, he continued to work in the industry, as a private lawyer, until well into his 80s. May his memory be blessed.”

Cohen’s son, Ehud Cohen, said, “A lawyer by training, my father was present at the birth of the Israel Diamond Exchange as we know it today. He was instrumental not only in facilitating the transfer of the exchange from southern Tel Aviv to its current location in Ramat Gan, but also in its exponential growth. During his quarter century tenure as the IDE’s general manager, he not only managed the bourse, but also the Israel Diamond Exchange Works, the exchange holding company that manages the entire diamond exchange complex.”

Ehud Cohen further stated that his father had been active and lucid to his very last day. “As a family, we’re grateful for the long, meaningful life he lived and shared with us and we’ll miss him terribly.”

Michael Cohen is survived by his wife Devorah and his sons Ehud, chairman of IDEX Online, and Yoram.