The Dubai Diamond Exchange in its attempts to consolidate its position as a truly global player in the international diamond trade has been expanding its Board of Directors recently to include experts from diamond-producing countries in Africa, which account for 61% of the World’s diamond production by value and 56% by volume (carats). It was in this vein that the DDE expanded its Board of Directors recently to include Prof. Francis Pedzana Gudyanga, Permanent Secretary of the Ministry of Mines and Mining Development of Zimbabwe; Mr. Levy Rapoo, CEO of the South African Diamond and Precious Metals Regulator (SADPMR) and Dr. Robert Mhlanga, Chairman of Mbada Diamonds (Pvt) Limited, based in Harare, Zimbabwe. The DDE announced on March 18, 2014, that it has further expanded its Board of Directors, by appointing the Minister of Mines and Energy of the Republic of Namibia, Mr. Isak Katali. 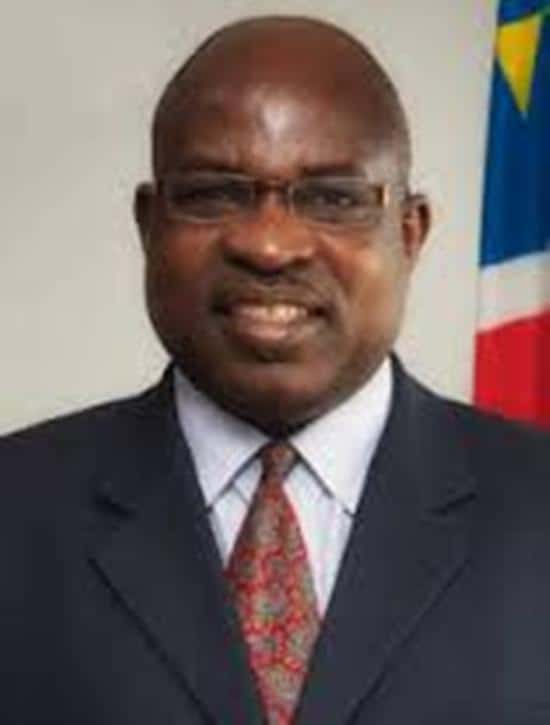 Commenting on the new appointment, Ahmed Bin Sulayem, the executive chairman of the Dubai Multi-Commodities Centre (DMCC), said, “The Dubai Diamond Exchange is committed to enhancing Dubai’s position as an attractive rough and polished diamond trading hub for all key global players. The Honorable Minister Katali’s years of experience and insight are a welcome addition to the Exchange’s Board. As we increasingly look towards Africa, his presence will help us to solidify collaboration between producing countries and consuming countries in Asia, along the New Silk Route.”
“On behalf of the Republic of Namibia, I feel privileged to be part of the success story of the DDE. The DDE is the first diamond exchange to formally recognize the importance of the African producers and I look forward to bringing a unique perspective in order to strengthen the global diamond trade,” said Hon. Isak Katali, responding to the news of his appointment.
Chairman of the Board of Directors of DDE, Mr. Peter Meeus, commenting on the latest appoinment said, “A true, rounded understanding of the global diamond industry is essential to drive growth and achieve our goals. Through experienced leadership and advisors, we have solidified the Dubai Diamond Exchange’s truly global status in the diamond trade and look forward to more experts joining our team.”
Honourable Minister Isak Katali started his working life as a supervisor for Consolidated Diamond Mines (CDM) at Oranjemund, from 1979 to 1985. He then proceeded to the UK where he followed a Diploma course in Educational Management and Administration, at Moray House College of Education, Edinburgh, UK from 1985-86. Returning to Namibia, he took up appointment as teacher and acting Principal of Onesi Combined School from 1987-88. Studying in the UK from 1988 to 1990, he obtained his Bachelor of Education (Hons), from the University of Bristol. He then served as the acting Deputy Principal and Principal of On esi Secondary School from 1990 to 1995. From 1995 to 1999 he served as Education Officer of Ondangwa East and later as Senior Education Officer, Ondangwa West Regional Office from 1999 to 2000. Obtaining his Master of Education degree from the University of the Western Cape, South Africa between 1998 and 2001, the most senior position he attained in the field of Education, was as Senior Education Planner in the north of the country.
In the year 2000, Isak Katali was one of President Sam Nujoma’s choices as a non-voting member of the National Assembly, and was immediately appointed Deputy Minister of Lands, Resettlement and Rehabilitation. President Hifikepunye Pohamba retained him in the post in March 2005, and he continued to serve as Deputy Minister of Lands, Resettlement and Rehabilitation until 2010. In March 2010 he was appointed as Minister of Mines and Energy, in which capacity he serves until today.