Since the introduction of the Galaxy 2000 diamond scanning machine by Sarine Technologies Ltd. that has revolutionized rough diamond trading by enabling traders to quickly and automatically inspect, evaluate and determine the value of a rough stone by comprehensively mapping its inclusions, regardless of their type, size and location, which can help a potential buyer to decide whether to buy a particular rough diamond or not, or an unscrupulous dealer to over-value a rough diamond known to be less valuable, the World Federation of Diamond Bourses (WFDB) adopted new rules in May 2016, aiming to keep a level playing field between both parties trading rough diamonds. 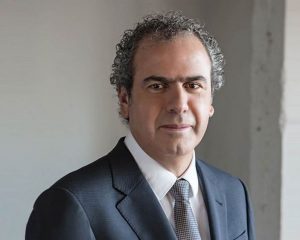 Disclosure is required only when using the Galaxy 2000 model, which scans the diamond but without physically marking where the inclusions are, thus leaving no record of the analysis on the stone. However, in the Galaxy 1000 model used predominantly by manufacturers laser marking on the diamond is part of the process.

It is in this context that the Israeli Diamond Exchange ordered a dealer to cancel the sale of a rough diamond, when it was discovered that he failed to comply with new guidelines of the WFDB requiring sellers to disclose if a stone has undergone value analysis using the Sarine Galaxy 2000 machine. This is the first time a rough diamond transaction has been annulled by a diamond bourse after the WFDB introduced new guidelines in May 2016.

Sarine Technologies Ltd. has entered into an agreement with the Israeli Diamond Exchange, that would require Sarine to confirm when requested, whether or not a diamond has undergone screening, but without disclosing the details of the analysis. In this case Sarine confirmed that the rough diamond had in fact undergone screening in the Galaxy 2000 machine, which the dealer had failed to disclose at the time of the transaction, placing the buyer at a disadvantage. Accordingly, the IDE ordered the seller to reclaim ownership of the diamond and provide a full refund to the buyer.

Even though IDE had declined to comment on the arbitration case, it acknowledged its efforts to bring about full disclosure when dealers use the Galaxy machines, particularly after the WFDB adopted the proposal, that was initially put forward by IDE. Yoram Dvash, president of IDE said, “Full disclosure and transparency is of utmost importance to us. The WFDB’s decision especially benefits the smaller manufacturers who form the base of Israel’s manufacturing pyramid.”