The 3rd Mediterranean Gemmological and Jewellery Conference, organized by Independent Gemological Laboratory Athens (IGL-Hellas), Swiss Canadian Gemlab Inc. (CGL-GRS, Canada), in conjunction with CERTILINE (Italy) and the National Association of Jewelry Appraisers (NAJA-USA), is scheduled to be held between May 11th to 14th, 2017 in the ancient and historic city of Syracuse, Italy, following the great successes of the inaugural conference held in Athens, Greece in 2015 and the second conference held in Valencia, Spain, in 2016. This is in keeping with the policy of the organizers in changing locations of the annual conference from city to city in the Mediterranean coastline,allowing delegates to experience new and exciting locations each year. The conference is an annual get together of the world’s top independent lab gemmologists, appraisers, gem experts, dealers and jewellers aimed at updating their knowledge on the latest developments in the gem and jewellery industry and trade that include crucial topics that are most worrisome to Jewellers, Gem Dealers and Appraisers, such as the knowledge on natural and synthetic diamonds; new colours and treatments done on natural and synthetic diamonds, and the gemological advances made in the detection of synthetic diamonds and simulants, as well as treatment and color enhancement in natural diamonds and their detection. The conference aims at achieving its objectives by the organization of lectures by international experts in the relevant fields, round table discussions and a series of workshops, also conducted by internationally recognized experts. 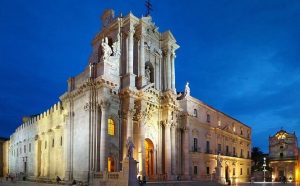 The Ancient Cathedral of Syracuse

The major theme of the Conference this year will be “Coloured Diamonds” and six internationally renowned experts will address the conference on various aspects of colored diamonds. They are :- 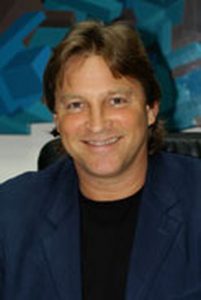 1) Alan Bronstein, President of Aurora Gems, USA, will speak on the topic “Story of Blue Moon Diamond.” He is a pioneer dealer in natural fancy colored diamonds and is associated with some of the major scientific discoveries in colored diamonds. He is credited with popularizing the existence of fancy colored diamonds, in all shades and tones of the colors of the rainbow and putting together two rare collections of colored diamonds – The “Aurora Pyramid of Hope” and the “Butterfly of Peace,” displayed in several Natural History Museums around the world. 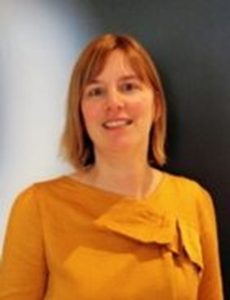 2) Dr. Katrien de Corte, Research Scientist at HRD Antwerp will address the conference on the topic “Type IIa Diamonds: Good, Bad and Rare.” She was involved in the research and development of techniques to discriminate natural from synthetic and treated diamonds. she will deal specifically with light brown and grey-blue natural diamonds, relatively abundant in nature and subject to different types of treatment. She will also discuss standard lab and advanced techniques to differentiate between natural, treated and synthetic Type 11 diamonds. 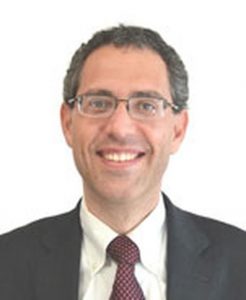 3) Thomas Gelb of the Natural Coloured Diamond Association, USA is a NCDIA Contributing Educator, who will speak on the topic “Fancy Colour Diamonds: Colour Grading and its Relationship to Value.” A colored diamond expert with 20 years experience including the management of GIA’s coloured diamond department, he will deal with GIA’s gradng of fancy colored diamonds, including the lighting and viewing geometry used and what graders are looking for with reference to master stones. He will also discuss the terminology used and how the trade values the grade. 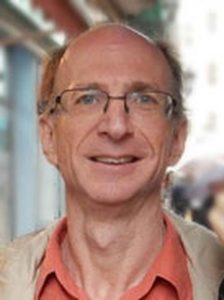 4) John Chapman is a Diamond Consultant involved with diamond technology for nearly 30 years, mostly with Rio Tinto Diamonds. He recently formed Gemetrix, Australia, which developed the PL Inspector – A mini UV lamp with magnifier for screening and identification of synthetic diamonds. He is editor of the Mediterranean Gem and Jewellery Conferences. He will address the conference on the topic :- “Colour and Fluorescence Grading of Coloured Diamonds by Instruments.” 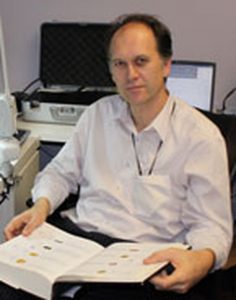 5) Branko Deljanin is the President of CGL-GRS, Vancouver, Canada, a research gemologist with extensive experience in advanced testing of diamonds and gemstones to determine origin of color. A co-founder of the Mediterranean Gemmological and Jewelry Conference in 2015, he is also an instructor of “Advanced Gemology” programs on diamonds and coloured stones offered in 15 countries. He will address the conference on the topic, “New approach for Grading and Certification of Coloured Diamonds – Provenance Type.” Apart from the six categories of fancy colored diamonds into which major labs grade such diamonds, CGL and GRS have developed an additional nine colour sub-categories to better cater for coloured diamonds on the market. They also pioneered the “Colored Diamond Provenance Report” to assign an Argyle provenance to pink and blue coloured diamonds based on specific “fingerprint” characteristics that are measurable, which perhaps may be extended to diamonds originating from other sources, based on their own measurable “fingerprint” characteristics. 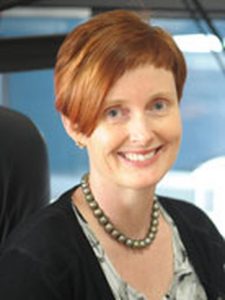 6) Kym Hughes is an Australian jewellery appraiser and president of the National Council of Jewellery Valuers with extensive experience as a specialist gemmology and jewellery valuation professional at “Symmetry Jewellery Valuation Specialists,” Australia. She will address the conference on the topic “Valuation of Coloured Diamonds for Trade and Consumers,” providing an insight into pricing such gems and the impact of provenance. Her address will also include a comparison between Argyle and GIA colour grading systems.

Other important topics that will be dealt with by six International Speakers include Natural and Synthetic Diamonds, Diamond Fluorescence, Colored gemstones, Gem Cutting and Jewellery. 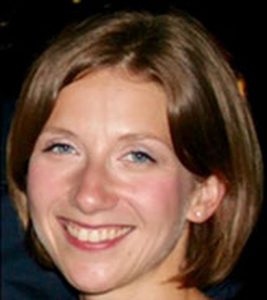 1) Ilaria Adamo is a mineralogist and gemmologist working at the Italian Gemmological Institute (IGI) in Milan, Italy. Awarded a PhD by the University of Milan, for her research focused on the use of advanced analytical techniques in gemmology, she also worked as junior researcher at the Earth Science Department of the University of Milan for ten years. She will speak on the topic “Demantoid Garnet: Identification, Occurrences and Origin Determination.” Demantoid Garnets are one of the most appreciated colored stones among garnets, due to their rarity and brilliance. Liquid and crystalline inclusions in demantoid garnets are characteristic of their origin. Likewise, trace element compositions, especially for chromium and Rare Earth Elements (REE) are also useful for origin determinations. Some of the sources of demantoid garnets are the Urals (Russia), northern Italy, Iran, Pakistan, Namibia and Madagascar. 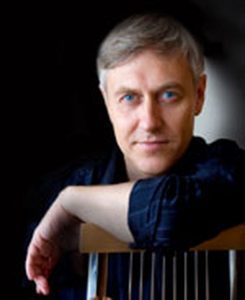 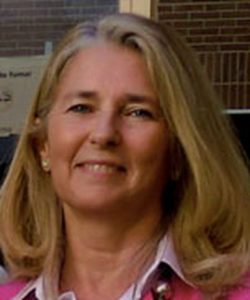 2) Viktor Tuzlukov of Russia, a world renowned gemstone cutter and 3) Alicia Vildosola of Spain, an expert gem and jewellery appraiser, are the next in line of speakers at the conference. They will address the conference on the topic “Evaluation of Cut for new generation of Gemstones – Artistic and Precious Cut.” The evaluation of cut quality of colored stones are not normally undertaken by gemologists and appraisers as the existing cut grading system based on some standard shapes, excludes many new shapes and designs. The speakers will propose a new approach to gem cut grading based on certain strict criteria of stone elements, such as perfection of facets, edges and meeting points, symmetry and optical features. 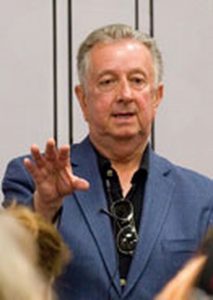 4) Larry French is a former vice-president of Van Cleef & Arpels and Gianmaria Buccellati, during which period he was able to organize 8 major museum exhibitions on jewellery. Currently serving as the chief officer of the Gianmaria Buccellati foundation in North America, he is also a jewelry historian having made several trips to India, to research and study the ancient and historic Kollur Mines of Golconda, the first diamond mine exploited by humanity and the source of some of the World’s most famous diamonds, such as the Great Mogul Diamond, the Regent Diamond, Koh-i-Noor Diamond, Hope Diamond, Dresden Green Diamond and the orloff Diamond. Larry French will speak of the historic topic, “Gianmaria Buccellati: Master Goldsmith of Milan.” Gianmaria Buccellati was a renowned jewellry designer from Milan, who created extraordinary jewels and objects during the 1900s. He employed two distinctive goldsmithing techniques in the creation of his jewellery, engraving and the lace or honeycomb style. With a great passion for rare and often overlooked gemstones which he incorporated in his creations, he also had a special love for wildly shaped baroque pearls, which he incorporated into sculptural jewels that first originated in the late Renaissance period, during the time of Benevenuto Cellini (1500-1571), Goldsmith, Sculptor and Painter of 16th-Century Republic of Florence (1115-1532) that later became the Grand Duchy of Tuscany (1569-1859). 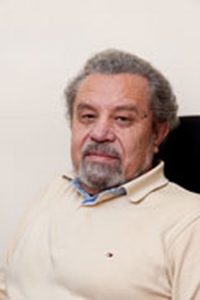 5) Dr. Victor Denisov is the Head of the “Laboratory of Spectroscopic Studies” at the Technological Institute of Superhard and Novel Carbon Materials near Moscow. His recent research activity was related to the study of Raman spectra and the origin of metallicity and superconductivity in boron-doped diamond.He will give a talk on “Luminescence Characteristics of Natural Diamonds.” Luminescence includes both fluorescence and phosphorescence. 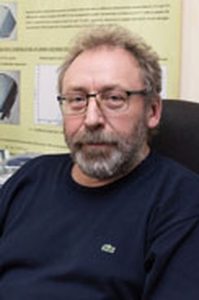 6) Dr. Sergei Terentev, a specialist on diamond growth is presently the Head of a Department at Technological Institute of Superhard and Novel Carbon Materials near Moscow, that is involved in the production of high purity and semiconductor diamonds for optical and electronic applications. He will demonstrate the use of Alrosa’s new “Diamond Inspector,” an Instrument for detection of Synthetic Diamonds. The “Diamond Inspector” which can be used for diamonds greater than 0.01 carat, including diamond set in jewellery, can determine using several analyses and in just under 1 minute whether a diamond is natural, synthetic, treated or imitation/simulant.

Another feature of the conference is a Round Table, still under the major theme of the conference, discussing the topics “Coloured Diamonds – Describing and Marketing” and “Fluorescence-Importance for ID and Value of Fluorescent Diamonds.” The Round Table discussion will be moderated by John Chapman of Gemetrix, with experts from Alrosa, Aurora Gems, CGL-GRS, HRD, NCDIA, NAJA and Symmetry Jewellery Valuation taking part. 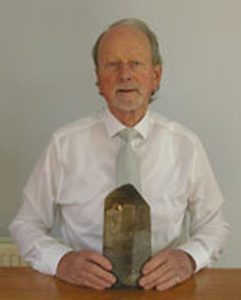 Alan Hodkinson of Scotland, a dealer, gemmologist and instructor in gemmology 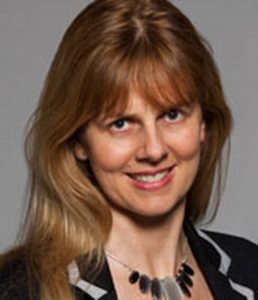 Two other new workshops have been added to the schedule of the 3rd Mediterranean Gemmological and Jewellery Conference, a Half-Day Intermediate Diamond Workshop and a Full-Day Advanced Diamond Program, both meant for gemmologists, appraisers and dealers. 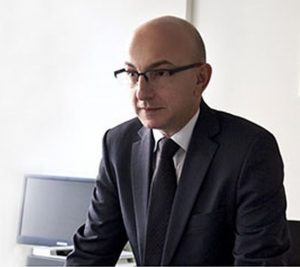 George Spyromilios of IGL, Athens and Chairman of the Conference

The Half-Day Intermediate Diamond Workshop conducted by Branko Deljanin of CGL-GRS and George Spyromilios of IGL, will be held on May 12, 2017 between 9.00 to 12.30 hrs or 13.30 to 17.00 hrs. and will deal with the important topic of “Screening and Identification of Small and Melee Synthetic Diamonds in Jewellery,” using standard gemmological equipment.

The Full-Day Advanced Diamond Workshop conducted by Branko Deljanin of CGL-GRS and Tom Gelb of the Natural Colored Diamond Association, (Date yet to be fixed) will have morning and afternoon sessions. The morning session conducted by Branko Deljanin from 9.30 to 12.30 hrs. will deal with the grading and identification of colored diamonds using standard instruments. The afternoon session conducted by Tom Gelb from 13.30 to 17.00 hrs will deal with Diamond Treatments and the Use of Standard & Advanced Instruments like the MAGI Visible, Raman and FTIR spectrometers.