The Dubai Diamond Exchange (DDE), a DMCC platform and the only diamond exchange in the Arab World affiliated to the World Federation of Diamond Bourses, announced on February 16, 2015 that the two-day Second Dubai Diamond Conference, scheduled to be held from April 21-22, 2015, will be officially opened by Mr. Herman Van Rompuy, Former EU President, and Prime Minister of Belgium, who will also be the keynote speaker of the conference. The conference will be held at the iconic Almas Tower, Middle East’s tallest commercial tower and home to the Dubai Diamond Exchange, one of the world’s leading marketplaces for diamonds, with over 1,000 diamond, precious stones, precious metals and jewelry companies. 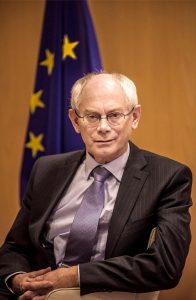 Herman Van Rompuy, a Bachelor’s degree holder in Philosophy and a Master’s degree holder in Applied Economics from the Katholieke Universiteit Leuven (Catholic University of Leuven) is a veteran politician from Belgium, who served in various capacities during his political career such as Chairman of the Youth Council of the Christian People’s Party (CVP) from 1973 to 1977; member of the CVP’s Nationa Bureau (1978-present); the Belgian Senate from 1988 to 1995; Secretary of State for Finance and Small and Medium Enterprises in 1988; National Chairman of the CVP from 1988 to 1993; Deputy Prime Minister and Minister of Budget from September 1993 to July 1999; Member of the Belgian Chamber of Representatives from 1995 to 2009. On December 2008, following the 2007/2008 political crisis, Van Rompuy was asked by King Albert II to form a new government. He was sworn in as the Prime Minister of Belgium on December 30, 2008, in which capacity he served until November 25, 2009, when he resigned to take up his appointment as the first full-time President of the European Council to which post he was unanimously elected on November 19, 2009. He served as the President of the European Council for two and a half years from December 1, 2009 to May 31, 2012. He was re-elected unanimously as President of the European Council for a second term by the Heads-of-State or Government of the 27 EU Member States on March 1, 2012 and his second term lasted for another two and a half years from June 1, 2012 to November 30, 2014. 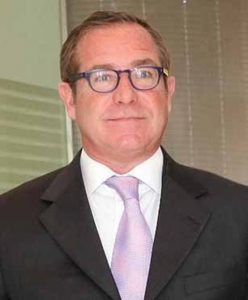 Commenting on the decision to invite the former EU President to deliver the official opening address, Mr. Peter Meeus, Chairman, Dubai Diamond Exchange said, “We are honoured to welcome Herman Van Rompuy, the former EU President and Prime Minister of Belgium as keynote speaker at the Dubai Diamond Conference 2015. There are currently strong commodities trading relations in place between Europe and the Middle East, but we can always do more to seek out new opportunities and we look forward to hearing Mr Van Rompuy’s view on what the future holds for the diamond trade in particular”.

The agenda of the conference include dedicated panel discussions on business development in Africa, financing, synthetic diamonds entering the trade in genuine natural diamonds and ethics in the diamond trade. The conference will also enable discussions and debate on stimulating innovation and growth in the African, Middle-Eastern, and Asian diamond industry, apart from providing opportunities to establish relationships between governments and companies in producing and consuming countries. The Dubai Diamond Exchange organizing the diamond conference for the second time following the successful inaugural conference held at the same venue from March 18-19, 2013, highlights the pivotal role played by Dubai in boosting the global diamond trade.