The Gems and Jewellery sector of India contributing to 6%-7% of the country’s GDP, and generating large scale employment and foreign exchange earnings has shown a decline in exports during the last 12 months, since the introduction of measures by the Government and the Reserve Bank of India to curb gold imports with a view of reducing the current account deficit. 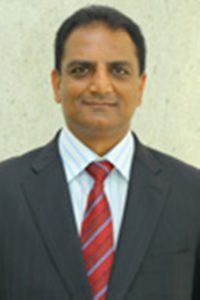 The increase in the import duty of gold to as high as 10% might have had the desired effect of curbing official gold imports, but on the other hand seriously affected the gem and jewelry industry leading to a state of panic amongst the jewelry manufacturing sector, encouraging unofficial smuggling of gold, which in the long run might be detrimental to the overall export business and the country’s reputation as a responsible gold importer in conformity with the Dodd-Frank Act that controls the trade in conflict minerals.
Commenting on the GJEPC’s efforts to reduce the import duty to normal levels, Mr. Vipul Shah, Chairman, Gems & Jewellery Export Promotion Council, said, “Since the imposition of 80:20 scheme, the desired curb in the total import of gold has now been duly achieved. So the import duty should be rolled back to a much lower rate, say 2%. At present the 10% duty as applicable makes the operations of smuggling economically viable. If the import duty is rolled back then the menace of gold imports via the smuggling route will not be any more productive and hence the leakage will be prevented.
If the import duty is so reduced then it will also reduce the transaction cost of exports in as much as the exporter will not be required to block his fund of as high as 10% till the inward remittance comes in.”
The Gems & Jewellery Export Promotion Council of India in an appeal made to the Ministry of Finance on January 2, 2014, outlined the above problems faced by the industry and requested a reduction in the import duty to previous levels in order to normalize the situation. GJEPC officials hope that the Council’s duty reduction proposal may be accepted in part or completely before the last session of parliament.
In this connection, the Council has once again submitted its plea to the Government and the Minister of Finance, towards revision of the import duty on gold and is extremely optimistic that its plea will be accepted keeping the macro objective of the increase in exports in consideration.