The Gemological Institute of America in a news article published in their official website on January 29, 2018 has announced the awarding of a new annual $18,000 GIA scholarship, known as The Charles and Erna Leutwyler Memorial Scholarship, funded by the Leutwyler’s bequest of nearly $500,000 to GIA’s Endowment Fund.

The first scholarship will be awarded in June 2018 and then each December for the next year’s program, to a prospective candidate, toward the completion of an on-campus Graduate Gemologist, Graduate Jeweler or Jewelry Design & Technology program in the U.S. 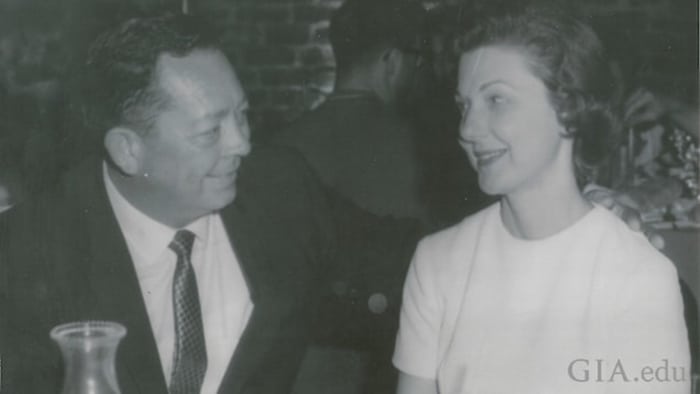 Charles and Erna Leutwyler, who were married for 50 years, were the owners of the popular Charles Leutwyler Jewelers in Austin, Texas. The jewelry store was a result of their shared love of learning and jewelry, which they managed for more than 20 years, beginning from the late 1960s. During their career the Leutwylers also followed several GIA courses that kept them abreast of the latest advancements in the field of Gemology and Jewelry designing. In 1966 Charles obtained his GIA Graduate Diamonds Diploma and subsequently Erna completed several other GIA courses.

The knowledge gained on gems and jewelry by following GIA courses, gave Leutwyler’s the commitment to share that knowledge with others be it first-time jewelry buyers who wandered into their store, long-time customers looking for the latest designs or their own employees new to the jewelry business. By imparting knowledge to his customers, Charles was able to earn their confidence and thus promote the sales of his jewelry. This is exactly what he did when he shifted his downtown Austin store to an area known as the “Drag” across the street from the University of Texas, popular with University students. Charles realized that the store situated near the university would bring a whole new clientele of young university couples looking for diamond engagement rings. 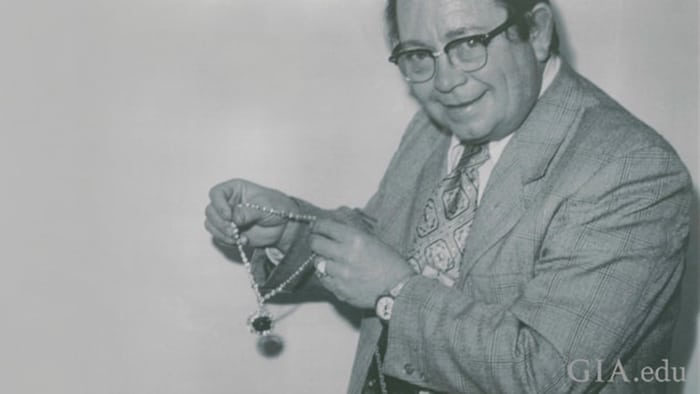 All such couples who came to him for diamond engagement rings were given a complete briefing on the 4Cs of diamonds and how to select an ideal diamond for an engagement ring. One such student who came to him for advice on buying an engagement ring, was Clyde Neal, who was so impressed by his briefing on all aspects of diamonds, that he joined his store as an apprentice. Clyde Neal, who worked for the couple from 1972 to 1982, says, “He taught me how to solder, work with gold, size rings and more about diamonds, and he encouraged me to enroll at GIA. As soon as he realized someone was good enough, and was going to stick around, he wanted them to start GIA classes.” The Leutwylers wanted all their employees to complete GIA courses, and would reimburse the employee once they completed it.

Once Charles invited his friend Dr. Edward Jonas, a professor of geology at UT and his students to his store for a special diamond session, with a view of sharing his knowledge of diamonds with them. According to Clyde Neal who also attended the session, most of the students were fascinated learning about diamonds from him and how they are graded. Lot of people from Austin, both potential customers and fellow jewelers came to him for advice which he proffered most willingly. The Leutwylers also held regular diamond education nights for the community, which enabled potential buyers to be well-informed and not taken for a ride by any unscrupulous trader.

Charles was also well known for his innovative techniques in gemology and jewelry design. He perfected the technique of photomicrography that enabled the photography of the interior of diamonds under a microscope revealing inclusions and other internal features. This gave him the opportunity to photograph the renowned Hope Diamond internally for the first time, a prime exhibit in the Harry Winston Gallery at the Janet Annenberg Hooker Hall of Geology, Gems and Minerals. 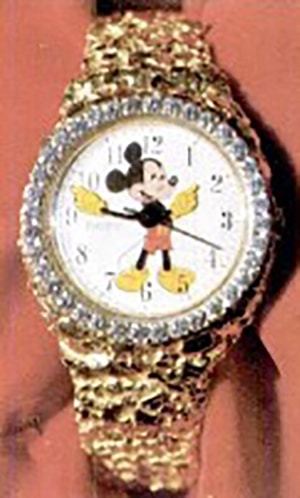 Jewelry designing and crafting was also his forte and Charles became renowned for the extravagant Mickey Mouse-character Timex bracelet watch with “gold nugget” band that was popular in the 1980s. The watch with the face surrounded by 36 diamonds, weighing 2.16 carats was featured in the January 1982 issue of the Texas Monthly Magazine, and was referred to as “the world’s most expensive Mickey Mouse watch,” valued at $10,000.

After more than two decades in the jewelry business and their entire careers devoted to the jewelry industry Charles and Ema closed their store in the early 1990s. During this period they shared their generosity and knowledge with their many employees, customers as well as friends and acquaintances.

Charles died in 1996 and Ema nine years later in 2015. Even after their deaths Charles and Ema are sharing their passion for jewelry and legacy of learning through their bequest of nearly $500,000 to GIA’s Endowment Fund, that has enabled the granting of the annual $18,000 Charles and Erna Leutwyler Memorial Scholarship, that will ensure the couple’s love of learning and jewelry extends to future generations of aspiring gem and jewelry professionals.

Anna Martin, senior vice president of global development at GIA, says, “Charles and Erna Leutwyler dedicated themselves to sharing their love of gems and jewelry with their community, their employees and everyone they met. We are honored that the Charles and Erna Leutwyler Memorial Scholarship will continue that love of learning and spirit of giving. It has the potential to influence countless more future gemologists.”