The Gemological Institute of America (GIA) announced on Monday, January 6, 2014, the passing away from natural causes of one of its pioneers Bert Krashes, who served the institute for 49 years from 1949 to 1998. 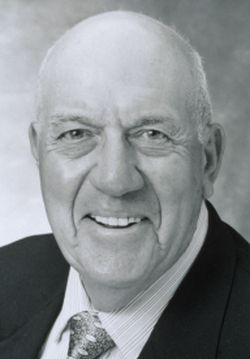 Bert Krashes, former Vice President and Member of Board of Governors of GIA

Bert Krashes, who received a “Purple Heart” for his service during World War II, joined the GIA in 1949 as one of its first students in New York. Richard T. Liddicoat, the Director of GIA New York and GIA Gem Trade Laboratory at that time, was so impressed with Bert’s excellent work and keen questions, that he offered him a full-time position as an instructor and gemologist. In keeping with Liddicoat’s expectations, Krashes went on to become one of GIA’s most popular instructors and was eventually appointed as the Director of Gem Trade Laboratory, New York, in 1977, in which capacity he helped to lead the New York Laboratory to international prominence.
Krashes is also cedited for his invaluable services to the GIA, by helping establish its East Coast school and laboratory, gem identification and grading services and the “Traveling Classrooms” that took GIA education to jewelers across the United States. He was appointed a member of the Board of Governors of the GIA and served as its vice president for a while, the highest position he attained in the Institute.
Susan Jacques, GIA’s president and CEO, commenting on the passing away of their former colleague, said, “Bert will be missed for his significant contributions to GIA and to the gem and jewelry industry. His generosity and dedication helped countless students, staff and industry members, and for that we are exceptionally grateful.”
Tom Moses, GIA’s executive vice president and chief laboratory and research officer, said, “Bert had an engaging style that raised his esteem with all of his co-workers and the many students he touched. His dedication and high standards were key for GIA diamond grading reports to gain international respect and growth.”
In 1998, Bert retired from the board, after attending his last meeting with the GIA Board of Governors. At this meeting Bert was presented with a lapel pin featuring a diamond inscribed with the numbers 1949-1998, as a token of appreciation for his 49 years of dedicated service to the GIA.