Gem Diamonds Ltd. a leading global producer of high-value diamonds, with a 70% stake in the Letšeng mine in Lesotho and 100% ownership of the Ghaghoo mine, currently in development in Botswana, has just released its Interim Management Statement (IMS) for the Period January 1, 2014 to May 9, 2014. 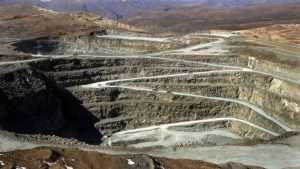 The section of the report dealing with sales from Letšeng also shows phenomenal improvement over Q-1 of 2013. While the carat weight of the rough diamonds sold at the first three tenders of Q-1 marginally increased from 29,205 carats in 2013 to 30,060 carats in 2014, representing an increase of just 3%, the total value realized by this sale showed a phenomenal increase of 75% from US$46.7 million to US$81.9 million. The average price-per-carat value showed a corresponding increase from US$1,599 in 2013 to US$2,723 in 2014, working out to an equally phenomenal increase of 70%. Such impressive results was the cumulative effect of high prices achieved by significantly large diamonds, whose breakdown is given below :-

According to the report a relatively strong rough market was experienced during the Period. The demand for rough diamonds observed in the first three Letšeng tenders held in 2014 continued the positive trend seen in Q4 2013 with increased buying activity and strong prices, notwithstanding that the same liquidity concerns raised in 2013 and the tightening of lending criteria previously announced by certain Belgian banks still remain.

Commenting on Gem Diamonds impressive performance during the period Clifford Elphick, CEO of Gem Diamonds said, “Strong diamond prices continue to be seen at the Letšeng tenders and this, coupled with the continuing contribution of ore sourced from the Satellite pipe at Letšeng, has resulted in an increase in carats sold and an improvement in the average dollar per carat achieved. We continue to pursue low capital value-accretive projects to optimize the Letšeng mine and further capitalise on the high quality and potential of the asset. In addition, the development of Ghaghoo remains on schedule, with the first ore having been put through the plant as part of the commissioning process.” Kimberlite was intersected in the first production tunnel on level one in early May and drilling of the first of three ventilation holes was completed. The second ventilation hole is 80% complete and should reach its planned depth of 154 metres during May 2014. The drill pad for the third hole has been completed. Plant commissioning is progressing satisfactorily.
As at 31 March 2014, US$ 76.3 million of the total capital budget of US$ 96.0 million had been spent.