CIBJO, the World Jewellery Confederation, the only representative of the international gem and jewelry sector in the UN Economic and Social Council (ECOSOC), participated in the recently concluded three-day United Nations ECOSOC gathering that was held in New York from July 16 to 18, 2018. The gathering was the culmination of ECOSOC’s annual session in which senior representatives from government, private sector, civil society and academia participated, deliberating on policy issues, review and recommendations on the 2030 Agenda for Sustainable Development, as well as other international development goals. The theme of this year’s ECOSOC session was “From global to local: supporting sustainable and resilient societies in urban and rural communities.” The CIBJO which enjoys Consultative Status in the Council was represented by none other than its President Gaetano Cavalieri. 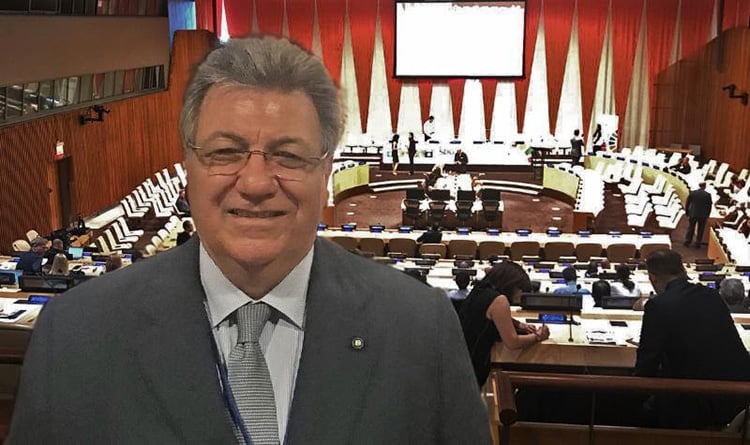 Setting the stage for CIBJO’s active participation in the deliberations, just prior to the meeting, the council’s Secretary General approved and distributed a statement on the jewelry industry’s contribution to the UN development program that had been submitted by the World Jewellery Confederation (CIBJO).

The CIBJO statement emphasized that “The World Jewellery Confederation supports the implementation of the Sustainable Development Goals (SDG) through its work, with special emphasis on grass-roots projects in the jewelry and gemstone sectors. Involving several partners.  It calls for transparency and inclusiveness, and strengthening local and global partnerships.”

Echoing the 2018 ECOSOC annual session theme, the Statement made reference to projects being under taken both under its own auspices as well as in the greater jewelry sector. The Statement noted, “CIBJO’s strategy has been developing educational programs, initiating  and/or supporting industry efforts, and creating tools and platforms for member organizations in their respective countries. The underlying premise of this approach is that progress will result from an aggregation of multiple grass-roots efforts.”

According to the Statement, some of the programs already being implemented by the World Jewellery Confederation are as follows:-