In a press release dated February 16, 2015. the De Beers’ Group of Companies announced that a team from its International Institute of Diamond Grading & Research (IIDGR) led by the Institute’s commercial director, James Clark are already in India, and are due to hold a series of synthetic diamond detection symposia around the country to demonstrate its technology to all sections of the Indian diamond community. 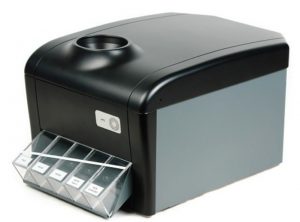 The first series of symposia are due to be held on February 16 and 17, 2015, at the Bharat Diamond Bourse in Mumbai. The team would then travel to Surat in Gujarat, a major hub of the diamond cutting and polishing industry in India, where they plan to hold the seminar at The Gateway Hotel Athwalines, on February 19, 2015. The seminars are targeted towards providing a better understanding to the participants on how the detection technologies work and the role they play in supporting consumer confidence in diamonds.

The IIDGR markets a range of leading detection instruments, including its latest Automated Melee Screening (AMS) instrument that can test melee diamonds ranging in size from 0.01 carat to 0.20 carat at the rate of 360 stones per hour. Such detection instruments play a vital role in helping diamantaires have confidence in their own inventory. This in turn enables them to provide reassurance to their customers. The IIDGR is also in the process of establishing a referrals centre at its Surat laboratory that will provide a lower cost option for testing stones referred by detection instruments. It also has plans to increase the range of diamond grading services at the Surat facility by mid 2015.

Commenting on the importance of the symposia held in India, IIDGR President, Jonathan Kendall stated, “Diamond businesses must be proactive in managing risks related to undisclosed synthetics and we believe these symposia will play an important role in helping them do this.”

IIDGR Commercial Director James Clark commenting on the series of seminars conducted by IIDGR said, “this visit is an important step in our support to India’s diamond trade and when you consider our other plans for the year around referrals testing and grading, it is clear that the IIDGR will play an increasingly important role in bolstering confidence in the Indian diamond industry.”

You can change the text here by going to Users> Your Profile> Biographical info, on your store dashboard.