The De Beers Group of Companies in a press release dated March 18, 2014, announced the qualification of five new sightholders for the remaining 2012-2015 Supplier of Choice (SoC) contract period. The companies selected are expected to be appointed formally before sight number four due to be held in May 2014. The De Beers’ modified SoC re-planning process, that came into effect in 2012, enables non-Sightholder businesses that have demonstrated sufficient demand through De Beers’ auction sales in 2013, to qualify for Sightholder status and term contract supply, subject to availability. 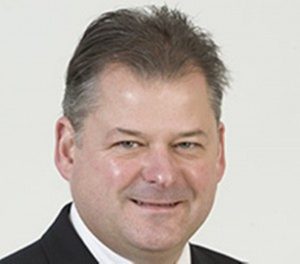 However, Sightholder status during the current contract period is subject to De Beers’ forecast rough diamond availability as well as the eligible applicants submission of a Contract Proposal Questionnaire (CPQ), as part of the 2014 Intention to Offer (ITO) re-planning process. Every applicant for a SoC contract under the 2014 ITO re-planning process was subjected to the same rigorous and objective selection process as those who applied for such a contract in 2011 at the beginning of the 2012-2015 SoC contract period. Apart from this, it is important that all applicants have a good record of corporate responsibility that would ensure the adherence to the De Beers Best Practice Principles of Sightholders “living up to diamonds” by adopting strict ethical standards in their business practices, and making a lasting contribution to the communities in which they live and work, and transforming natural resources into shared national wealth.
The ITO re-planning process apart from enabling the qualification of new Sightholders also provides opportunities for existing Sightholders to qualify for new rough diamond allocations as part of their 2014-2015 ITOs. However, the new allocations are subject to forecast availability and reflect Sightholders’ demonstrated requirements for rough diamond categories outside of their 2013–2014 ITOs.
Paul Rowley, Executive Vice President, Global Sightholder Sales, said: “Each of our new Sightholders has demonstrated consistently strong requirements for De Beers rough diamonds via their auction purchases and we look forward to working with each of them more closely. Our aim is to get the right diamonds into the right hands at the right time and our dynamic distribution system gives us the ideal vehicle to do this.”
The 2014–2015 ITO period will be the last in the current contract period of 2012-2015 . A new De Beers Sightholder contract period will start on 31st March 2015. Applications for the new contract period will open in the third quarter of 2014. The new contract will involve a simplified allocation process and even more rigorous financial compliance criteria. The dynamic ITO re-planning approach will remain in the new contract, continuing to provide De Beers with a highly efficient and responsive distribution system.