Yossi Kuzi, owner of the Hong Kong-based diamond, gem & jewelry industry technology solution firm, Diamond Services Ltd. has announced a breakthrough in the development of a highly accurate, low-cost, laser device to separate lab-grown, synthetic diamonds from their natural counterparts. The Laser device, he said, “is a new, accessible and affordable technology that will significantly lower the threshold for diamond companies to screen for synthetic diamonds – both loose and mounted.” According to him, the new screening technology based on laser optics has a 100% success rate. “We have run tests on batches of up to a 1,000 stones – both HPHT and CVD – with complete success,” Kuzi stated. 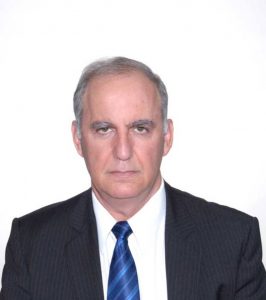 Elaborating further on the existing devices used for separating natural and lab-grown diamonds, Kuzi said, “there are several, rather expensive, instruments available in the market that help separate natural diamonds from their synthetic counterparts. The screening methods of these instruments are invariably based on the assumption that all synthetic diamonds belong to the Type IIa category, and on these tools’ ability to measure the fluorescence of these diamonds.”

“However, recently the industry was confronted with synthetic diamonds that belong to the Type IaAB category, which do not show fluorescence, and hence cannot be detected by means of fluorescence measurements. This, for all practical purposes, means that the instruments that currently serve gem labs and the industry at large have become, if not obsolete, at least less reliable,” he stated.

An optimistic Yossi Kuzi said, “The new laser device developed by his company will be launched at the Hong Kong International Jewelry Show, slated for March 5th-9th, 2014 and will be available thereafter via service stations worldwide, starting in Hong Kong and Israel.”