The “Blue Belle of Asia,” the world’s fourth largest faceted blue sapphire, shattered the world record for any sapphire sold at an auction, at Christie’s Geneva Magnificent Jewels Sale held on November 11, 2014 by fetching a staggering US$17.7 million, which was also the highest selling lot at the auction. According to presale estimates,the 392.52-carat, cushion-cut Ceylon sapphire was the second most expensive lot at the sale with an estimate of US$6.9 – 9.9 million. However, the enormous blue sapphire with a historical provenance dating back to 1937, outperformed the projected highest selling lot, Lot 392 – A Pair of Colored Diamond and Diamond Ear Pendants, by Bulgari – with a pre-sale estimate of US$12 – 15 million. Incidentally, this was also the first time that a blue sapphire or a colored gemstone lot had topped the sale at a public auction outperforming diamond containing lots. 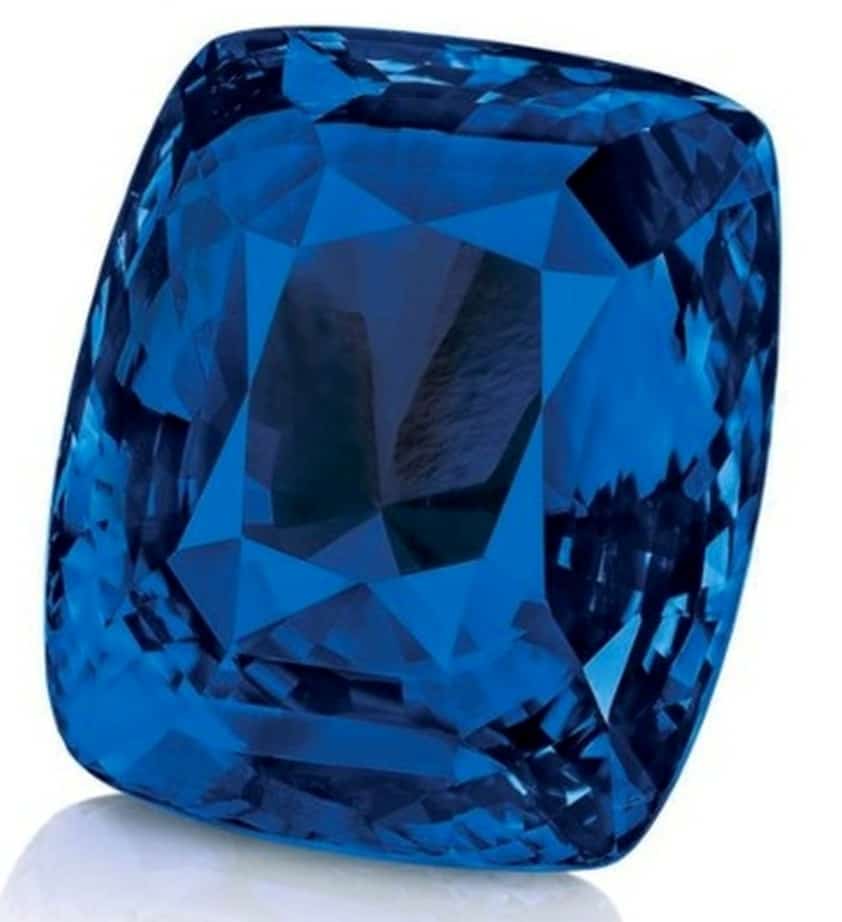 Some of the records set by the “Blue Belle of Asia” can be summarized as follows :-

1) The first time that a blue sapphire/colored gemstone lot had topped the sale at a public auction, by registering a staggering US$17.7 million.

2) Setting the world record for whole stone price for any blue sapphire/sapphire/colored gemstone, sold at an auction by registering a price of US$ 17.7 million. The previous auction record for whole stone price by blue sapphire was held by the Richelieu Sapphires set in a pair of Kashmir sapphire and diamond earrings that sold for US$8,358,520 at Sotheby’s Geneva Magnificent Jewels Sale held on November 13, 2013. The Blue Belle of Asia discovered from the paddy fields of Pelmadulla in Ratnapura (City of Gems) district of Ceylon (Sri Lanka) in 1926, was cut and polished in Sri Lanka and sold in 1937 by the renowned Gem & Jewelry dealers based in Colombo, Sri Lanka, Messrs. O.L.M. Macan Markar & Co. Ltd. to the British Motor Magnate Lord Nuffield (1877-1963), the founder of Morris Motors Ltd. It was rumoured that the enormous sapphire was purchased with a view of presenting it to Queen Elizabeth, the Queen Mother, on her coronation day on May 12, 1937. The sapphire is set as the centerpiece of a spectacular diamond necklace, with a brilliant-cut diamond tassel pendant suspended from it.

The Blue Belle of Asia topped the sale at the auction, which achieved a total sale of US$150,216,738 selling 89% by lot and 94% by value, which was almost a repeat of the astounding performance just six months earlier, on May 14, 2014, also at a Christie’s Geneva Magnificent Jewels Sale that achieved a highest total ever for a jewelry auction of US$154 million.