In a press release dated December 08, 2016, PJSC Alrosa, the world’s leader in diamond mining announced the holding of its annual business meeting with the Company’s long-term clients, attended by its President, Andrey Zharkov. 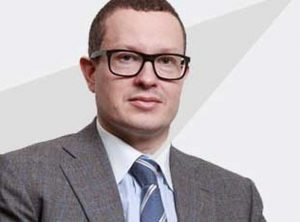 Significantly, the annual business meeting was held at a time when the Company was in the process of developing the ALROSA ALLIANCE PROGRAM designed to unite Alrosa’s loyal clients who meet high standards of business conduct and ethics, apart from possessing a keen insight in the diamond market.
The meeting was attended by more than 70 loyal companies from around the world and provided the opportunity for participants to discuss with Alrosa’s management about diamond market trends, the company’s sales structure and also assess steps taken by Alrosa in the development of its sales methods.
While the participants studied the trading sessions schedule for 2017, the Company announced that all competitive bidding in the year 2017, will be held online, on a platform for electronic tenders developed by the Company. The decision was taken by the Company following test sales conducted on the new platform in 2016, and the positive feedback received from the participants. The Company also announced the preparation of a new contract period that is to begin in 2018.
Alrosa further announced that in 2017, the company will begin regular special-size diamond auctions in Vladivostok and is also planning to resume its special-size diamond auctions again in New York, USA. Further, the company also reported that it is plannning to open a representative office in Mumbai, India.
To maintain the demand in the domestic market against the background of the abolition of export duty on export of rough diamonds, ALROSA decided to grant a payment grace period up to 180 days to buyers in the domestic market for up to 50% of the contract value (including VAT) secured with a bank guarantee.
Under the ALROSA ALLIANCE PROGRAM all Alrosa’s clients who signed long-term agreements for the supply of gem-quality rough diamonds are granted the right to use the ALROSA ALLIANCE logo, designed to identify Alrosa’s loyal clients who receive supplies of gem-quality diamonds from the company.