February 3, 2015 would be an unforgettable day in the life of Dean Filppula, an offshore steward from Shreveport, Louisiana, whose visit to the Arkansas’s Crater of Diamonds State Park, the world’s only diamond-producing site where the public could scout for diamonds for a nominal fee and keep what they find, turned out to be a rewarding experience. On that day in the afternoon, in the West Drain of the search area Dean Filppula picked up a sparklimg, wedge-shaped, light yelllow stone about the size of an English pea, which was subsequently confirmed to be a diamond by the Park authorities. The stone was described as a wedge-shaped, 2.01-carat, yellow diamond by the park staff, who provide free identification and registration of diamonds. According to the park staff, Dean Filppula’s diamond was the 20th diamond discovered in the new year 2015, and the largest discovered so far for the year. Dean Filppula who named his stone the “Merf Diamond” after his mother’s initials, is planning to sell his diamond. It is not clear how much Filppula would be able to realize from the sale, as the stone has not been appraised yet by a qualified diamond appraiser. However, it is on record that Tara Clymer from Oklahoma who found a 3.85-carat diamond in 2013, sold it in 2014 for US$20,000. 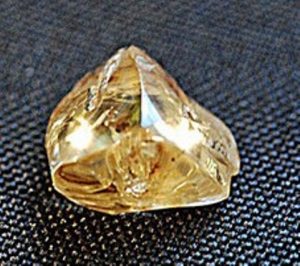 According to Park Interpreter Wayman Cox, Dean Filppula’s lucky find was a result of a combination of conducive circumstances for discovery of diamonds. The park’s 37 ½-acre search field had just been plowed by the park staff, a regular exercise that loosens the diamond bearing soil. This was followed by more than half an inch of rain just two days before his visit, washing loose soil from the surface of the diamond search area, and no doubt uncovering the large yellow gem. Mr. Cox added, “Anyone could have found it, but Mr. Filppula was in the right place at the right time. We are very happy for him.” 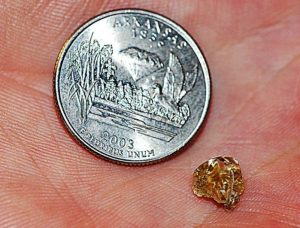 2.01-carat Merf Diamond alongside an Arkansas commemorative quarter for comparison

Mr. Cox further noted that conditions are perfect for diamond hunting right now, following the plowing and the rain. “Diamonds are a bit heavy for their size, and they lack static electricity, so rainfall slides the dirt off diamonds that are on the surface of the search field leaving them exposed. When the sun comes out, they’ll sparkle and be noticed.” 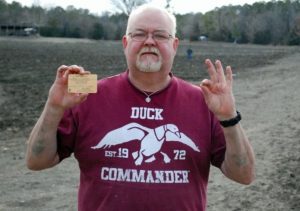 Dean Filppula, on his part, became aware of Arkansas’s Crater of Diamonds State Park about a year ago when searching online for places to search for gems. He recently learned that the park’s 37 ½-acre search field had just been plowed by the park staff. Coinciding perfectly with his vacation, the rains came and Filppula headed to the park to try his luck. In otherwords Dean Filppula was fully aware that the right conditions for diamond scouting – plowing followed by fairly heavy rain -existed at the time he decided to visit the park to try his luck, and his planning paid off when he found the 2.01-carat, rough wedge-shaped yellow diamond. 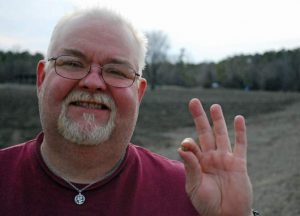 Mr. Wayman Cox also gave the history of other visitors from Shreveport, Louisiana, who were able to find large diamonds at the park. According to him, in June 2007, Milton Milam from Shreveport, discovered a 4.80-carat white diamond, while wet sifting soil at the park. Also, back in June 1981, Carroll Blankenship took home the second largest diamond ever found by a park visitor since the Crater of Diamonds became an Arkansas state park in 1972. Blankenship named his stunning 8.82-carat white diamond the “Star of Shreveport.” 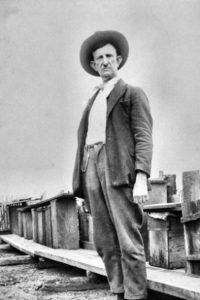 A total of over 75,000 diamonds have been unearthed at Arkansas’s diamond site, since the first diamonds found in 1906 by John Huddleston, the farmer who at that time owned the land, long before the site became an Arkansas state park in 1972. The largest diamond ever discovered in the U.S. was unearthed here in 1924 during an early mining operation. Named the Uncle Sam this white diamond with a pink cast weighed 40.23 carats. Other notable diamonds found by park visitors, since the state park was established at the site, include the Amarillo Starlight,a 16.37-carat white diamond discovered in 1975, which ranks as the largest diamond ever found by a park visitor. In 2011, a visitor from Colorado found an 8.66-carat white diamond she named the Illusion Diamond, which is the third-largest gem registered here since the Crater of Diamonds State Park was established in 1972.

Another notable diamond from the Crater of Diamonds that has received much national attention is the 1.09-carat D-flawless Strawn-Wagner Diamond. Discovered in 1990 by Shirley Strawn of Murfreesboro, this white gem weighed 3.03 carats in the rough before being cut to perfection in 1997 by the renowned diamond firm Lazare Kaplan International of New York. The gem is the most perfect diamond ever certified in the laboratory of the American Gem Society. It is on display in a special exhibit in the Crater of Diamonds State Park visitor center.