The 15th-Biennial ICA Congress in Retrospect

The 15th-biennial International Colored Gemstone Association (ICA) Congress was held from May 12-16, 2013 in Changsha, the capital city of the Hunan Province of China, a province rich in minerals and colored gemstones, and was aimed at boosting China’s colored gemstone industry with particular reference to Hunan Province, where the gemstone industry has emerged as a new source of economic growth for the province stimulated by programmes introduced by the provincial and municipal governments. Parallel events organized to coincide with the five-day event was the first Changsha International Mineral & Gem Show that drew government representatives and experts from various fields including gemstone mining, gemmology, retailing, wholesaling, and jewellery design, from 30 countries around the world; the Expo Summit; Fossil Forum; and the annual symposium of the Chinese Association of Natural Science Museums. A direct result of the holding of the ICA Congress in Changsha in 2013, jointly organized by Changsha Municipal People’s Government and the Hunan Provincial Department of Commerce in Changsha and the ICA was the signing of a co-operation agreement under which the ICA was to assist in the establishment of an International Industrial and Creative Cultural Park in the Changsha Economic and Technological Development Zone. The park was to serve as a launch pad for gemstone suppliers, cutters and jewellery designers who are expanding into China, and a hub for gemstone education services and gemstone trading. The industrial park, occupying about 165 acres, was expected to draw more than 200 leading gemstone companies worldwide and generate 100,000 jobs over a five-year period. Businesses located in the park were also anticipated to generate RMB30 billion to RMB50 billion ($5 billion to $8 billion) in turnover annually. 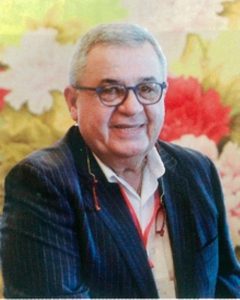 Following the success of the 15th-biennial ICA Congress held in 2013 at Changsha, Hunan Province, a relatively new stakeholder in the international colored gemstone trade, the International Colored Gemstone Association has decided to hold its 16th-Biennial Congress from May 16-19, 2015 at Colombo, the capital city of Ceylon/Sri Lanka, the World’s oldest source of colored gemstones, the land of beryls, rubies and sapphires mentioned in the ancient chronicles such as the Mahawamsa (543 BC), the Mahabharatha (4th-century BC), the Arthashastra (4th-3rd century BC), Ratnapariksha (6th-century AD) and the writings of ancient Greeks and Romans, such as Megasthenes (3rd-century BC), Ptolemy (2nd-century AD), Pliny the Elder (1st-century AD), Strabo (1st-century AD), Cosmas Indicopleustus (6th-century AD) and the unknown story tellers of the “One Thousand and One Nights” which included the Voyages of Sindbad the Sailor (8th-9th century AD). 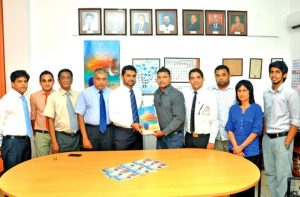 Signing of Contracts with Partner Organizations for ICA Congress 2015

The official announcement of the holding of the 16th-biennial ICA Congress in Colombo, Sri Lanka was made on September 4, 2014 by the ICA 2015 Congress Committee headed by its chairman Mr. A. H. M. Imtizam at the opening ceremony of the FACETS Sri Lanka International Gem & Jewelry Show. FACETS 2014 with over 150 stall holders and over 100 international buyer delegations attending the show, proved an ideal opportunity for the launch announcement, and registration for the 16th-Biennial ICA Congress to be held from May 16-19, 2015 at Colombo, Sri Lanka, commenced soon afterwards at the ICA Stall at the event.

The 16th-Biennial ICA Congress to be held in Colombo, Sri Lanka, promises to be a truly memorable and unique experience for the participants, given the series of special events due to take place during this period and immediately afterwards. The main congress is due to take place from May 16th to 19th, 2015 at the Cinnamon Grand Hotel, Colombo, one of the leading 5-star hotels in Sri Lanka, located in the heart of Colombo’s business, shopping and entertainment centre. Over 400 global members of the International Coloured Gemstone Association including the President of the Association Benjamin Hackman are scheduled to participate in the four-day event. The ICA Congress Committee in Sri Lanka has already announced a list of some of the confirmed speakers at the four-day congress, which is reproduced below against the topic each speaker will deal with at the congress :- 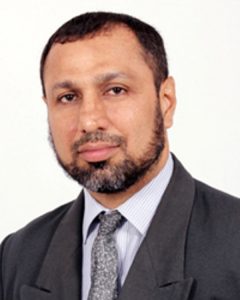 Speaking on the importance of the Congress, ICA Ambassador to Sri Lanka, Mr. Altaf Iqbal said, “The objective of the ICA Congress Committee was to host a congress that is on par with the latest consumer trends and developments in new markets. This congress is a congregation of industry leaders in the gem and jewellery field. It also serves as an instructive platform for both members and non-members, internationally as well as locally to garner knowledge and expertise on new trends in the industry.”

Business leaders of the Sri Lanka gem and jewelry industry too have geared themselves up for the occasion and have extended their unstinted support and co-operation to the organizers to devise elaborate plans to host what they hope will be the best Congress to date. Sri Lanka Congress Committee Chairman A.H.M. Imtizam said, “The unwavering support from both state and private sector participants has given the Congress a huge impetus and we are pleased to be on track to deliver a world-class Congress.”

The Congress themed “SAPPHIRE AND MORE” aims to bridge the gap between gem source and consumer, with focus on imparting knowledge about these rare gifts of nature so that the beauty and rarity of the gems are communicated to consumers.

Top among the parallel fringe events organized for the occasion will be a special FACETS Sri Lanka Congress edition due to take place from May 15-18, 2015 at the same venue, Cinnamon Grand Hotel, at which more than 50 companies, carefully curated by an expert selection panel, will showcase an amazing array of gemstones and jewelry from all over the world. The gem trade show has been planned to ensure maximum exposure and business opportunities for all Congress attendees.

Oak Room of the Cinnamon Grand Hotel, Venue of the May 16th Cocktail and Dinner

Three sporting events have been fixed for May 16th, 2015. They include a cricket, tennis and golf tournaments which will be open for participation by both members and non-members. Four gala cocktails and dinner have been planned for the May 16th, 17th, 18th and 19th nights. The May 16th cocktail and dinner will be held at the Oak Room, Cinnamon Grand Hotel. The May 17th cocktail, dinner and live entertainment will be held on the historic terrace of the Mount Lavinia Hotel, a 210 year-old mansion built by British Governor, Sir Thomas Maitland and named for his lady love. 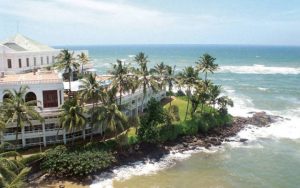 Mount Lavinia Hotel – Venue of the May 17th,2015 Cocktail and Dinner

May 18th night is a special Sri Lanka theme night that includes a traditional Sri Lankan procession known as a “perahera” around the picturesque Beira Lake, in which elephants adorned with lavish garments, and colorfully decorated and illuminated with electric bulbs, Kandyan and Low-country dancers and drummers dressed in their traditional brightly colored uniforms would take part. The procession would end at the Park Street Mews for a lively street party and dinner. Park Street Mews is an unusual little haven tucked away in the bustling heart of Colombo with quirky stores, warehouse galleries and a chic restaurant along its cobblestoned pathway, vibrantly lit up at night for a festive atmosphere. The May 19th cocktail and Gala dinner will be held again at the Cinnamon Grand Hotel. 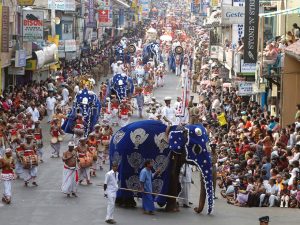 Park Street Mews Restaurant, site of the May 18, 2015 Street Party

The main congress will be followed immediately by a post-congress, seven-day, islandwide tour of Sri lanka from May 20-26, 2015 that includes a tour of the gem mines of Sri Lanka and a visit to the main cultural heritage sites of the country. The tour will include mine visits to the Ratnapura and Elahera gem fields; gem mining in the picturesque central hills; river mining in Seethawaka and the Eraniyawa project on the Kalu Ganga (river). Visits to the two famous gem markets in Ratnapura and Beruwela are also part of the experience. 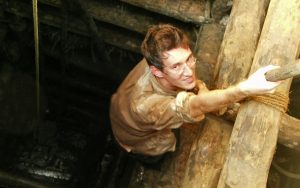 Jean Baptiste Senoble returning to the surface after exploring a sapphire mine near Ratnapura. Photo: V. Pardieu, fieldgemology.org 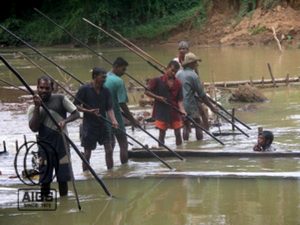 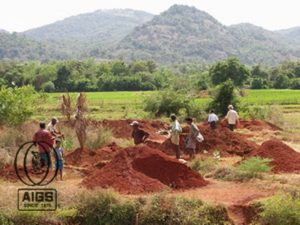 Gem mining in the Elahera plains – Photo by – Vincent Pardieu 2005 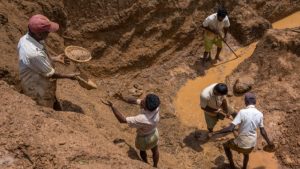 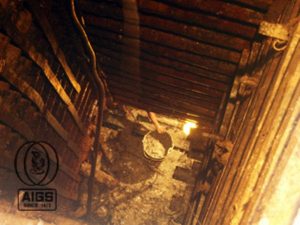 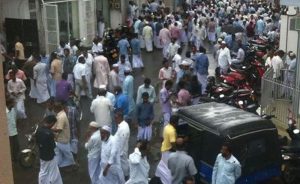 The mine tour is interspersed with stops at UNESCO’s spectacular world heritage sites: Sigiriya, the 5th century palace in the sky with amazing gardens and wall paintings; the sacred city of Kandy; the golden temple at Dambulla and the picturesque Dutch Fort town of Galle. In addition a visit to the scenic hills and tea gardens of Nuwara Eliya and a west coast beach experience at the world-renowned Hikkaduwa beach resorts are also included in the tour. 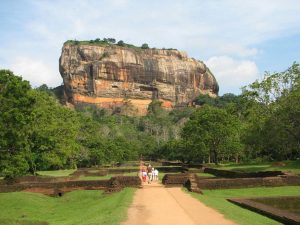 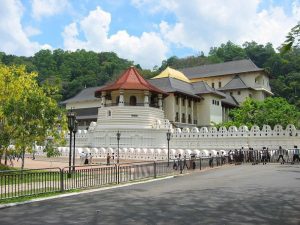 Temple of the Sacred Tooth Relic at Kandy sacred City 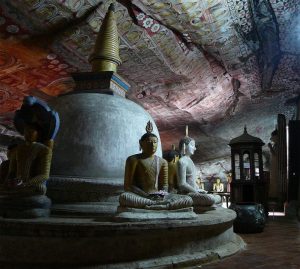 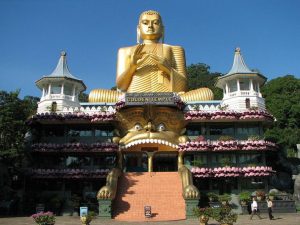 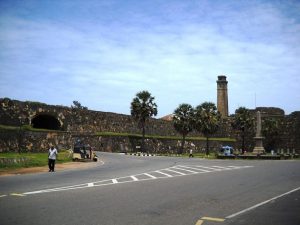 Entrance to the Dutch Fort Town of Galle 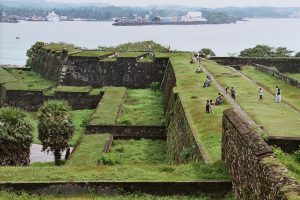 For more information on the 16th-Biennial ICA Congress please go to the following website http://www.congress.gemstone.org/